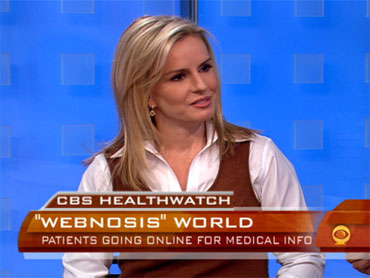 With so much medical information online, many Americans are playing doctor, much to the dismay of "real" doctors.

But now, instead of shunning the Internet, some physicians are embracing it, CBS News correspondent John Blackstone reports.

Dr. Alan Greene says too many of his colleagues are living in the past.

"This is a time of amazing change in medicine," Green said. "Before, our roles sort of depended on having special knowledge nobody else had. And we don't necessarily have that anymore."

These days, with many using Google as their second opinion, Greene has helped launch a Web site called Keas, offering personalized treatment programs written by doctors with advice on everything from asthma to nutrition.

"I had green tea and tofu," said Anna Stuart, who uses the Internet for guidance with her health.

Stuart uses "Keas" to track her meals, her exercise, even her mood.

"I can find out what a lab test result is for, what it means, is it normal, and is it way out there? Like what is it going to tell me? "I can then go to my doctor and I feel better informed," Stuart said.

The danger comes if a patient begins to believe a search on the Internet can replace a visit to the doctor's examination room.

"Patients frequently come in having made a diagnosis on the Internet of whatever their condition is. And quite frequently they're wrong. Just plain wrong," Andereck said.

"Sore throat, chills, fever," said Maureen Olund of her symptoms. When Olund recently had those symptoms, she didn't visit the exam room. She opened her laptop.

But with self-diagnosis, sometimes comes unrealistic fears. "You could scare yourself into an anxiety attack," Olund said.

"The trick is not just to give people data, which can be overwhelming. Instead, give them an interpretation," said Keas founder Adam Bosworth.

It's working for Stuart. "I feel more confident in my choices and my decisions and the information and more in control," Stuart said.

Bell pointed out that doctors have hesitations about online self-diagnosis because there's so much misinformation on the Internet. But at the same time, many patients are doing it already.

"Is this a case of if you can't beat them, might as well join them?" Bell asked.

"It probably is," Ashton said. "And I think it might stem from a lot of the frustration that patients feel because there are so many inadequacies now in the modern relationship that they have with physicians.

"Physicians just don't have the time to spend explaining things that are very complicated that they did in the past."

According to Ashton, it's common to have patients consulting the Internet in addition to going to see their doctors.

"We're seeing it more and more either for a second opinion or for the first diagnosis, but, again, you have to remember that most medical education and training takes about eight to 13 years and that knowledge is not all that being a good doctor is," Ashton explained.

"There is experience, there's judgment. It really is an art and a skill to practice medicine. So when patients go to the Internet, they have to realize they are getting knowledge, they're getting information, but how it applies to the individual is where the art comes in," she added.

"Keas" may indeed be the wave of the future.

"It probably is. And in general I think knowledge is power and we want a more informed patient," Ashton said. "That ultimately will only be good, it's just that people need to realize that if they're going to take the responsibility for educating themselves, then they might also have to take responsibility for treatment - and that's where we need to draw the line." 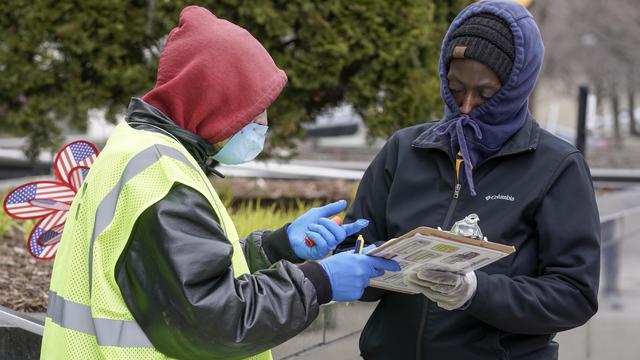