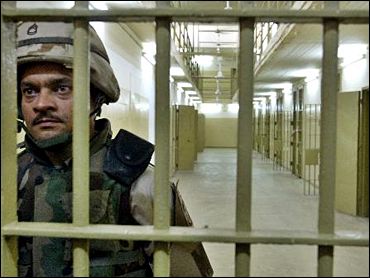 
As top U.S. officials, including President Bush and Defense Secretary Donald Rumsfeld, offered apologies for the abuse of Iraqi detainees by American soldiers, debate raged online about the growing scandal.

While there was widespread agreement that the mistreatment depicted in widely seen photos from Iraq's Abu Ghraib prison was abhorrent, there was a myriad of opinions about just what it meant, based upon region and culture and personal politics.

CBSNews.com searched the Internet for a sampling of opinion from a variety of Web sites and message boards.

All excerpts are direct quotes, although some minor editing has taken place. All quotes are from English language sites.

"It's interesting that when there are victories, every last nobody American gets to take part in the glory. But when there are atrocities, blame just the fall guys, absolve the rest of us from shame.

"Of course, when the shoe is on the other foot it's Ok to blame any darky for the crimes of any other."
- omarazam
http://www.altmuslim.com/headlines_comments.php?id=1224_0_24_0_C

"Who could have predicted that a chain of stupid ideas (reopen Abu Ghraib prison, symbol of Saddam's brutality - staff it full of untrained recruits and unsupervised contractors - orchestrating "frat boy" hazing (and worse) that has nothing to do with fighting terror - taking pictures of it) would lead to a Perfect PR Storm that seemed to confirm Arab/Muslim fears about US intentions?"
- [message board] editor
http://www.altmuslim.com/headlines_comments.php?id=1224_0_24_0_C

"Let's get something straight: over 700 American soldiers have died to free a nation from a ruthless tyrant. American taxpayers have spent hundreds of billions of dollars, and will continue to do so, to supply Iraq with enough food, water, electricity, power, and energy... The Iraqi government gassed and slaughtered over 750,000 civilians. and no uproar happened, yet six American individuals embarrassed some prisoners of war, and we're the world's biggest bully... While these actions of a few individuals are cruel and un-American, there is no comparison, much the way there is no perspective throughout the world."
- preemptingyou03
http://www.usmessageboard.com/forums/showthread.php?s=c6a1d3952e6afa5991716261bc30d919&threadid=6229

"I am really amazed by the way the American media and people have handled the situation. They are not trying to defend the ill actions of these soldiers and instead are condemning them. This is completely contrary to how many Muslims reacted to 9/11 who actually were supporting and defending the acts of those fanatics."
- Mehreen http://www.paknews.com/forumcgi/ultimatebb.cgi?ubb=get_topic&f=20&t=000973

"The tasteless kitschy pictures from the Abu Ghraib prison have overwhelmed the leftist imagination as if they were a new form of liberal art finally capturing the essence of immoral America ... The young soldiers who did this to the Iraqi prisoners had been growing up watching gross-out American Pie comedies and sadistic Hollywood perversions in the style of Quentin Tarantino... These American kids may have originally had the right motives in their hearts, but their minds had been poisoned by the cynical and tasteless."
- Ollie Abbot
http://forums.alternet.org/guest/motet?show+-ui8eNL+-ilad+The_War+32+-25-

"Soldiers were directed to do those things by their superiors and paramilitary contractors. Most young soldiers don't take initiative, they take orders. Critical thinking (among the ranks, at least) is counterproductive to the basic structure and aim of the military... I would argue that the torture at Abu Ghraib isn't related to the seduction of Hollywood, but the seduction of power. It doesn't absolve the soldiers of responsibility, but they were used as instruments of those above them. And now, judging by the contentious session in Congress yesterday and the hollow and disingenuous "apolgies-but-we-didn't-know" from the administration, those soldiers are being used again as scapegoats, as if this had all occurred in a vacuum."
- pippin
http://forums.alternet.org/guest/motet?show+-ui8eNL+-ilad+The_War+32+-25-

"Any one of our lawmakers who get on television and demands Rumsfeld to quit is a traitor. Yea make our leaders step down during a war. That will teach them terrorists."
- gcallan3
http://lucianne.com/threads22.asp?artnum=137483

"The abuse of Iraqi prisoners by some U.S. soldiers points to the danger of President Bush describing the occupation of Iraq and the war on terror as battles between forces of good and the "evildoers" of the world, religious leaders say....some mainline Protestant and American Muslim leaders had criticized the president for a series of speeches that appeared to say that God was on the side of America."
- SmithL
http://lucianne.com/threads22.asp?artnum=137482

"[Rumsfeld] seems the most animated and loud when mentioning the fact that some idiots took photos. he seems to be repeating that THAT is the main problem, digital cameras fucking every thing up."
- mopaul
http://www.democraticunderground.com/discuss/duboard.php?az=view_all&address=104x1551234