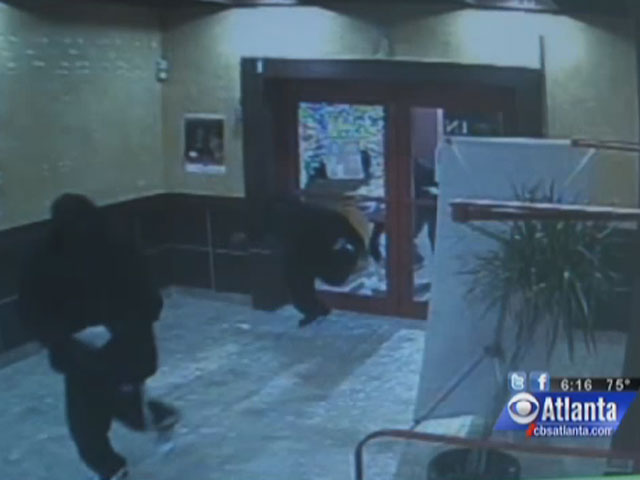 A beauty supply store in Georgia was robbed of $100,000 worth of packages of hair, according to the store manager, by the notorious 'hair thieves' who have been recently plaguing the Atlanta area.

Surveillance video shows four people breaking into the store in Morrow, outside of Atlanta, around 5 a.m. Friday and running out with handfuls of packages of Malaysian and Indi Remy brand hair, according to CBS affilaite WGCL. The packages are reportedly worth about $200 each.

The store, Beauty Masters, is part of a chain of stores in the area. Five of these stores have now been broken into and robbed of hair extension packages, including stores in Riverdale and Atlanta. The Atlanta area stores were reportedly broken into several months ago.

Christine Ji, the manager of the Morrow store, says she hopes to warn other beauty supply stores to look out for suspicious-looking customers who come into their shops during store hours. They do not buy anything but peruse through merchandise and check out entrances and exits to the store, according to WGCL.

Ji says she hopes customers and salon owners will look out for the stolen hair and let police know if they see anything suspicious.