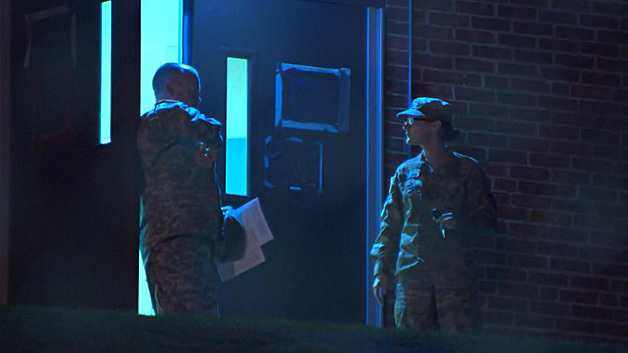 Officials confirmed Sunday afternoon that weapons are missing from the armory.

It is unclear what weapons and how many were stolen.

"Nothing at this point in time would tie this to any specific threat or anything else at this point," Hank Shaw, special agent in charge of the FBI's Boston division said at a press conference on Sunday.

CBS Boston reported the missing weapons were entered into a national database, and federal, state, and local law enforcement have been alerted, according to the agency.

Massachusetts Gov. Charlie Baker urged the public to remain vigilant in the wake of the terrorist attacks in Paris.

"The more opportunity people have to rely on citizenry to serve as the eyes and ears, the more it makes a difference," Baker said.

He added, "These sorts of things people are going to be chasing and investigating no matter what, and I think it's important for us to recognize that law enforcement will be collaborating, communicating, cooperating across all levels of government."