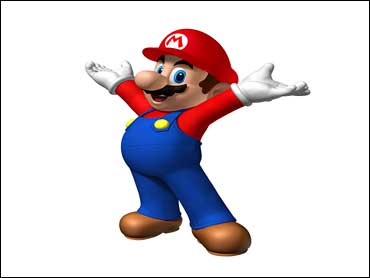 A private safety group estimates that more than 12,000 people died from 1995 through 2002 because their states lacked laws that allow police to ticket motorists solely for failing to buckle up.

Twenty states and the District of Columbia have such primary seat belt laws. In 29 other states, police can issues tickets for failure to wear a seat belt only after they stop a motorist for another violation. New Hampshire has no seat belt law.

"A weak seat belt law generally does not allow an officer to stop and ticket a car unless another violation has been committed, and unfortunately teen-agers and other high-risk drivers therefore often fail to comply," he added.

As a result of the Council study released Monday, federal officials are renewing a recommendation first made in 1995 that all states pass primary belt laws.

The study found that an estimated 481 people died in Mississippi from 1995-2002 because the state does not have a primary seat belt law.

"It is tragic that 30 states have failed to act to implement this safety countermeasure that costs nothing but could save so many," said Ellen Engleman, head of the National Transportation Safety Board.

Researchers then estimated the number of deaths attributed to states' lack of primary seat belt laws. They combined the information on seat belt use with government data that shows belts are 45 percent effective in preventing deaths in cars and 60 percent effective for sport utility vehicles and other light trucks.

"We have a vaccine for the leading cause of death for Americans ages 2 through 33 — safety belts," said Dr. Jeffrey Runge, the head of the National Highway Traffic Safety Administration and an emergency room physician. "Primary safety belt laws are our most effective public policy tool."

"Many senior legislators in these states believe that this is an issue of freedom," said Hurley.

Some opponents of primary belt laws say they could lead to racial profiling. Florida's Senate president, Jim King, say his state does not need the law because Florida also has a seat belt use rate of nearly 80 percent under its secondary law.

"For me, this has been and will continue to be an opposition of Big Brother-hood," King said.

Jonathan Adkins, a spokesman for the Governors Highway Safety Association, said his group supports primary belt laws but does not favor focusing too much on seat belts at the expense of speeding, distracted driving and other issues.

"If every state had a primary seat belt law, we would be in better shape than we are now, but we'd still have a long way to go," Adkins said.

The report had some anomalies.

Vermont's seat belt use rate was about 85 percent in 2002, eighth highest, even though it has a secondary belt law. Vermont officials credited a new education campaign combined with more visible law enforcement that year.

On the other hand, Louisiana's belt use rate was less than 70 percent in 2002 despite passage of a primary belt law in 1995. Ben Pressburg of the Louisiana Highway Safety Commission blamed the numbers on men age 18 to 35 who drive pickup trucks without buckling up.

"Their vehicles tend to be taller and it gives them a false feeling of safety," Pressburg said. "The rates are certainly not what we'd like to see."

The council report coincides with the start of a national effort to enforce seat belt and child passenger safety laws. More than 12,000 law enforcement agencies are participating in the campaign, which runs from Monday through Nov. 30.