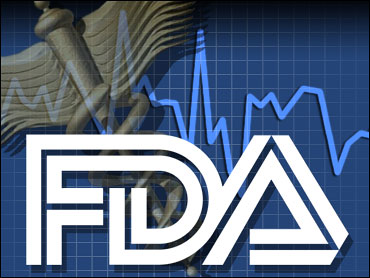 An independent watchdog group says the government has quietly scaled back enforcement of federal quality regulations at labs that develop medical devices.

The Project on Government Oversight found that the Food and Drug Administration has dramatically reduced inspections of "good laboratory practices" at facilities that do the earliest testing of medical devices. Such inspections declined from 33 in 2005, to seven in 2007, to just one last year, according a report the group was releasing Wednesday. No inspections are planned for this year, the report said.

Medical devices range from stents to pacemakers to complex imaging machines. Before they are tried out on humans they are tested labs using specialized machinery or animals. At issue is the government's monitoring of that initial testing.

"The decision ... to not enforce (lab standards) is stunning in its contempt for the protection of patients," the oversight project, a nonpartisan group that exposes problems in government, said in its report.

Medical devices are overseen by an FDA division called the Center for Devices and Radiological Health. The center has been shaken by recent complaints from its own scientists that managers squelched debate, leading to the approval of devices that were of questionable effectiveness and perhaps not entirely safe.

The oversight group released a 2006 internal FDA memo in which scientists argued unsuccessfully for continued enforcement of the lab standards. The decision to scale back inspections apparently was made with little fanfare around that time.

"A decision of this magnitude by top officials should have been made openly, perhaps on the FDA's Web site, where it could be seen and criticized," said Ned Feder, a staff scientist with the oversight project. It "should not be made behind closed doors."

It's unclear whether the relaxed enforcement resulted in harm to patients.

In a letter to the oversight group, the FDA said manufacturers are still required to abide by the lab standards, and must certify in writing that they do so.

But critics say the FDA's new policy sends a message that undermines quality in medical research.

"This decision ... may result in an irreversible cascade of adverse consequences to the protection of the public," the Society of Quality Assurance said in a letter to Congress. For example, the group asked, how can the first human subjects testing a new medical device be assured that the prototype was developed under the highest standards? The society represents scientific researchers.

The FDA standards are detailed specifications for running a high-quality lab. They were written into federal regulation in the 1970s, after a leading medical lab was found to have fabricated data later submitted to the government.

The FDA says it can make better use of its scarce resources - and still protect the public - by focusing its enforcement on clinical trials that involve human test subjects, and not on early experiments in the lab.