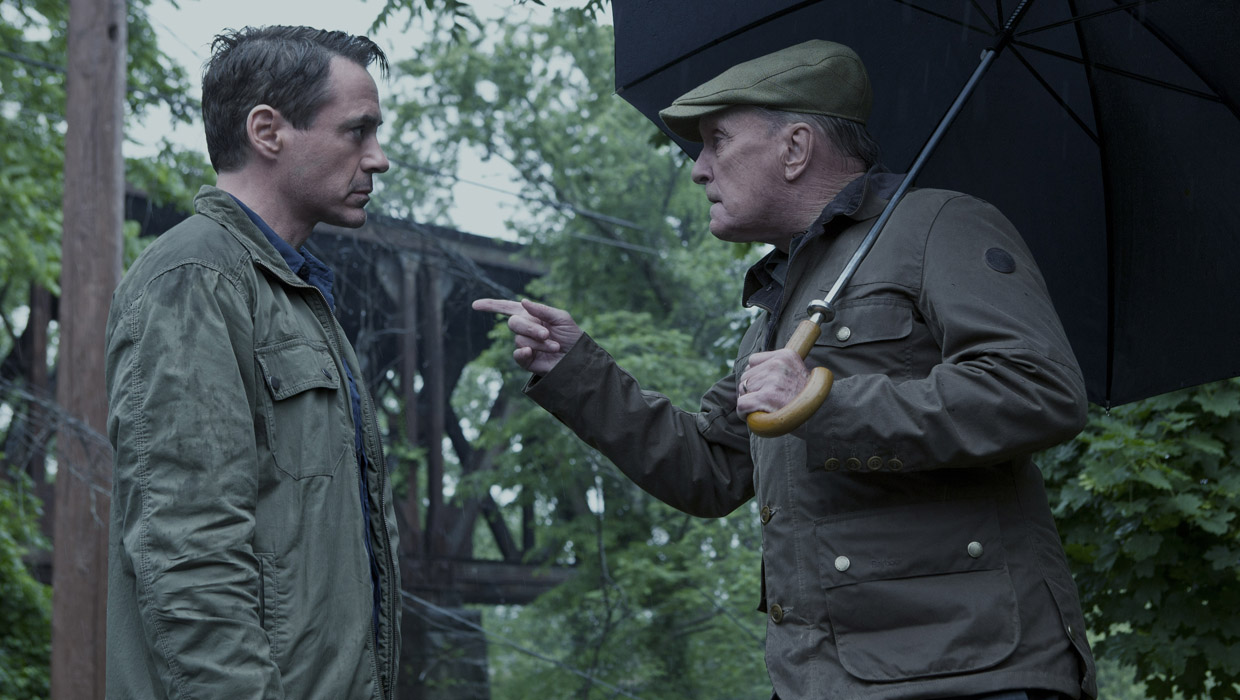 Robert Downey, Jr.'s new role in "The Judge" is a far cry from his portrayal of Tony Stark in the "Iron Man" series, but he still manages to bring his wit and sense of humor to this dramatic movie.

In this first trailer for the dramedy, Downey portrays big city lawyer Hank Palmer who returns to his childhood home where his father, the town's judge (Robert Duvall), is suspected of murder. Hank sets out to defend his father and, along the way, reconnects with his estranged family.

Downey shared the trailer via Twitter on Thursday night, tweeting: "Here's a first look at ‪#TheJudge. This is the kind of movie I grew up wanting to make. Only took 49 years."