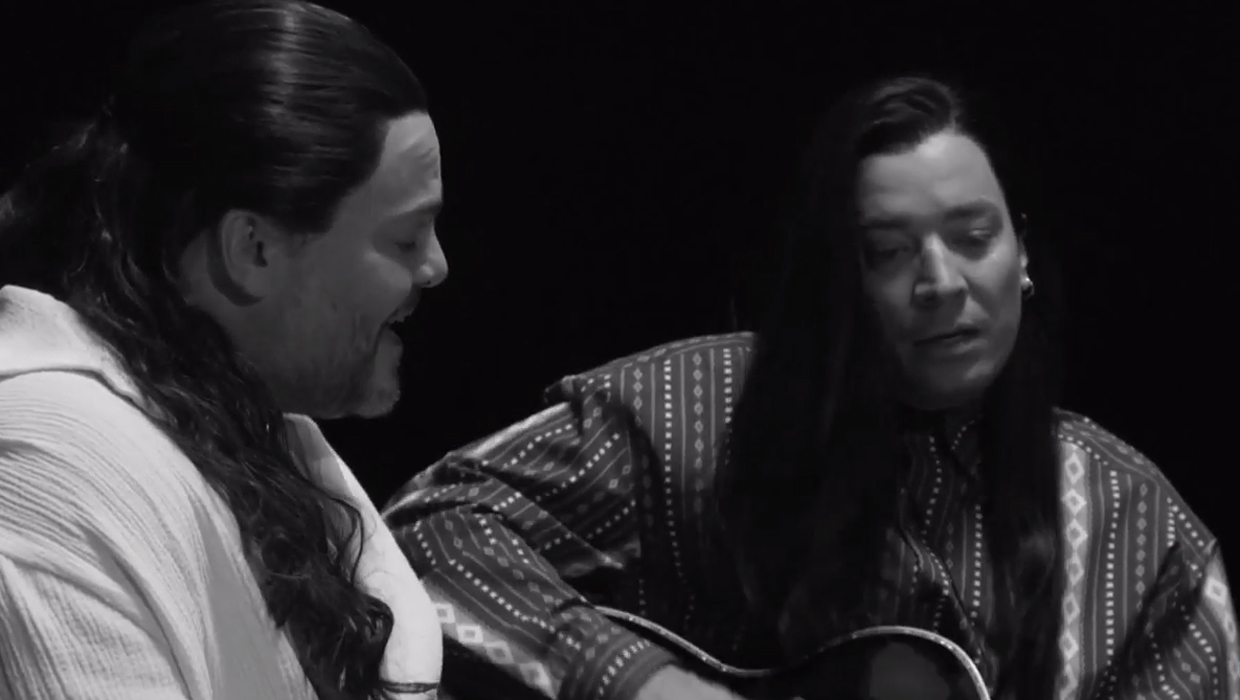 The pair performed a spot-on rendition shot just like Extreme '90s music video for the track -- in black and white. They even sported wigs to get into character.

"More Than Words," originally performed by Nuno Bettencourt and Gary Cherone, appeared on the album, "Extreme II: Pornograffiti" and reached No. 1 on the Billboard Top 100 chart. Extreme followed the hit up with "Hole Hearted."

Watch the Fallon-Black version and the Extreme video below: