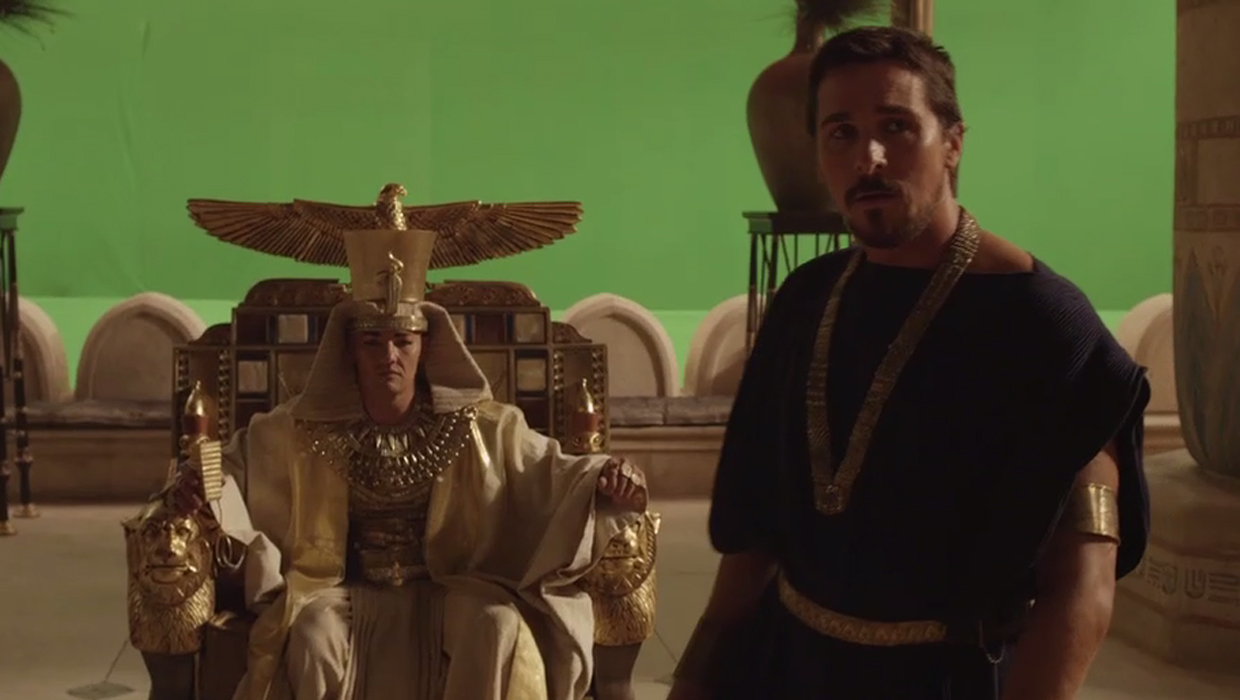 Christian Bale and Joel Egerton take center stage in this scene that ended up on the cutting room floor of Ridley Scott's "Exodus: Gods and Kings."

Released in late 2014, the action-adventure is out Tuesday on Blu-ray, featuring a plethora of extras -- from deleted and extended scenes to commentary from Scott and a historical guide.

The Blu-ray 3D Collector's Edition also comes with "The Keepers of the Covenant" documentary, which explains how Scott brought ancient Egypt to life with hours of never-before-seen peeks at the film's development.

Starring Bale and Egerton, along with Sigourney Weaver, Aaron Paul and Ben Kingsley, "Exodus" tells the story of Moses as he rises up against the Egyptian Pharaoh Ramses, setting 400,000 slaves on a journey to escape Egypt and its cycle of deadly plagues.

The biblical epic, which had an estimated $140 million production budget, opened last December at No. 1 in North America with $24.5 million.

At the time, Fox's domestic distribution chief Chris Aronson said he was happy about the performance of his studio's film.

"We're feeling great," Aronson said. "We came in right where our expectations were."

There was a lot of talk about the movie leading up to its release. At one point Fox head Rupert Murdoch defended the casting of white actors in Egyptian roles.

Watch the deleted scene in our exclusive clip above.