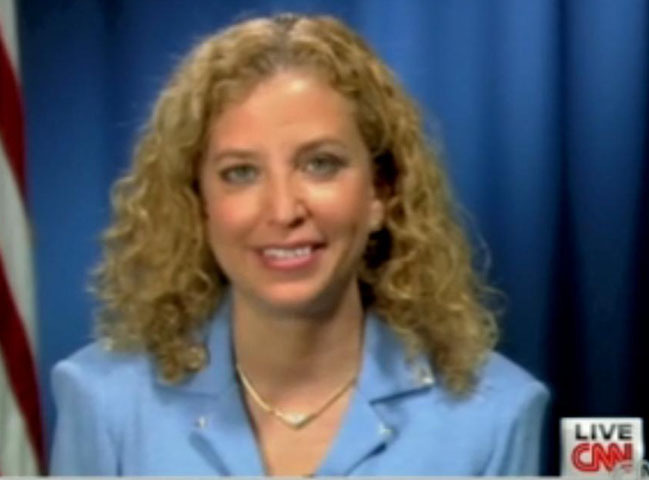 Wasserman-Schultz, a Florida Democrat, told CNN's Kiran Chetry that she believed the 2012 GOP budget could have dire consequences for elderly Americans.

"It stands to reason that when 60 percent of seniors are in nursing homes or on Medicaid, and you dramatically cut the amount of funding that we are providing to states for Medicaid, then you are going to have some seniors not survive," she said.

Wasserman-Schultz first asserted that the GOP budget would "literally be a death trap for seniors" on MSNBC on April 6. On Thursday, when asked specifically if she thought the plan put seniors' lives at risk, she said, "That's exactly what I'm suggesting."

"That is not what America is about," she added.

The GOP budget plan would transform Medicaid into a block grant program in which states get a lump sum from the federal government. It mandates $771 billion less in federal spending on the program over a decade. The GOP budget also turns Medicare into a voucher program, potentially leaving some seniors to pay more of their health care costs.

"There's the difference between Democrats' approach to our major fiscal problems and Republicans': Republicans start out saying, 'There's something off the table.' President Obama starts off saying, 'Everything's on the table and we need to come together,'" she said.

But she added that she believes the two parties will be able to compromise on a plan for reducing the deficit.

"I'm confident and I think our leadership is confident that we can do this again - but everything has to be on the table," she said. "We can't balance our fiscal health on the backs of those who can least afford it exclusively."

Wasserman-Schultz was appointed to the DNC chair on April 5, after Tim Kaine, the current chair, announced that he would be leaving the position to run for Senate in Virginia.