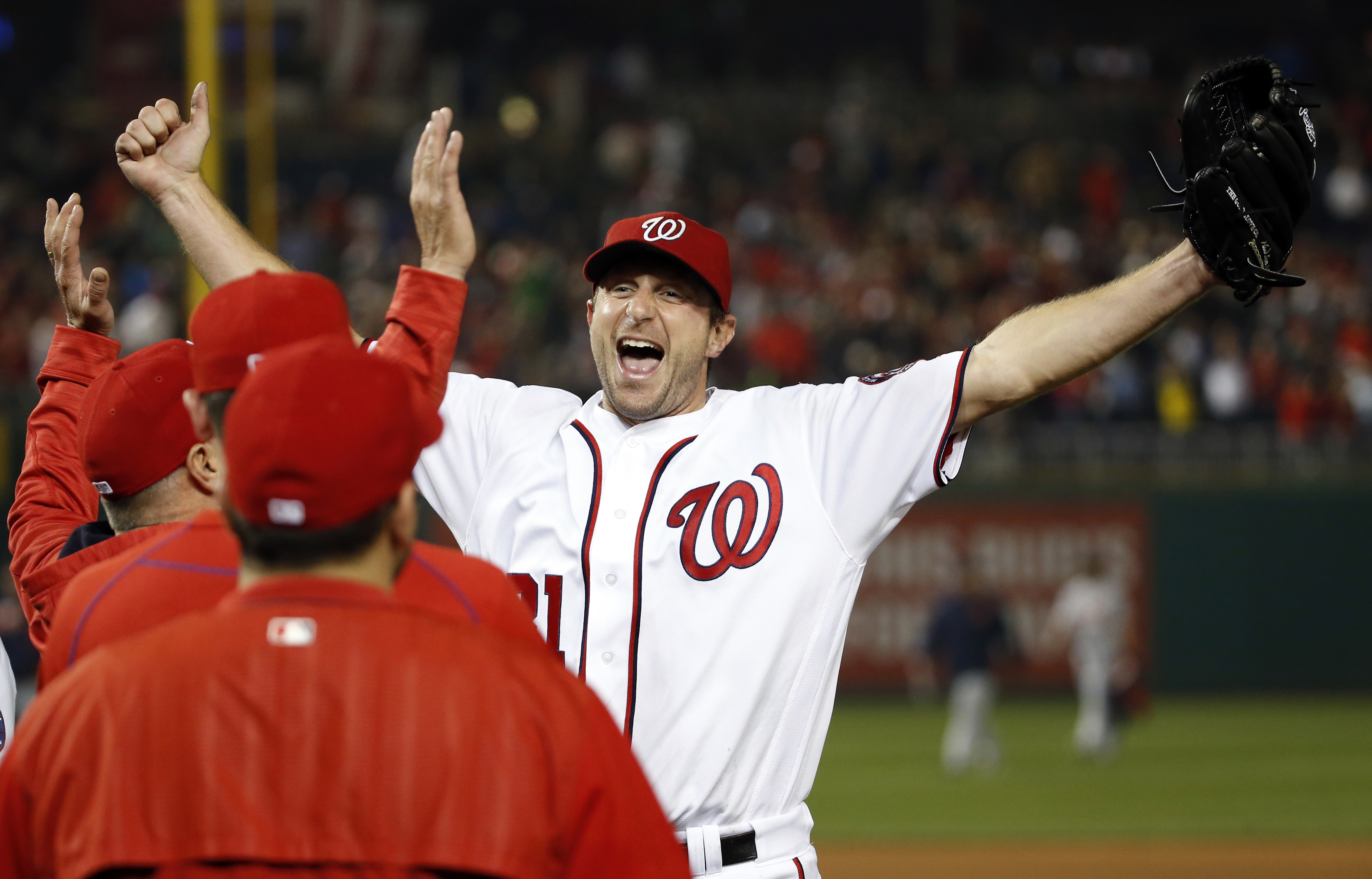 WASHINGTON -- Max Scherzer has thrown two no-hitters, come within one strike of a perfect game and met just about every expectation that accompanied the $210 million contract he signed with Washington.

Still, after his latest masterpiece Wednesday night, he said: "There's something about 20."

Scherzer struck out 20 batters to match the major league record for a nine-inning game in the Nationals' 3-2 victory over the Detroit Tigers on Wednesday night.

"Tonight was an emotional game, facing a former team and all those guys I have so much respect for," Scherzer said after pitching against the Tigers for the first time since leaving Detroit. "And so to have a game like this against that caliber of hitter on their side, it really puts a feather in my cap."

Of his 119 pitches, a remarkable 96 went for strikes, CBSSports.com reports.

Scherzer (4-2) had a chance to break the mark when James McCann stepped to the plate with two outs in the ninth inning. McCann, who whiffed his previous three times up, grounded to third base for the final out.

"It crossed my mind," said Scherzer, who did not issue a walk. "I was thinking of all the different scenarios in an 0-2 count that I could do to be able to get that last strikeout."

The ace right-hander, who pitched two no-hitters for Washington last season and struck out 17 in the second one, joined Roger Clemens (twice), Kerry Wood and Randy Johnson as the only big league pitchers to compile 20 strikeouts in nine innings.

"That's some serious company," Scherzer said. "It won't sink in right now, but it's an amazing accomplishment."

Scherzer wasn't the only pitcher to enter the record books Wednesday. Noah Syndergaard became the second pitcher in Mets history to hit two home runs in a game on Wednesday night, giving New York a 4-2 lead over the Los Angeles Dodgers through five innings.

Syndergaard hit a three-run shot off Kenta Maeda in the fifth inning after tagging the Dodgers starter for a solo homer in the third.

Walt Terrell was the first Mets pitcher to hit two homers in a game at Wrigley Field on Aug. 6, 1983.

The last major league pitcher to homer twice in a game was Arizona's Micah Owings, who accomplished the feat against Atlanta on Aug. 18, 2007. Jim Tobin of the Boston Braves holds the modern-day big league record for pitchers with three home runs in a game against the Chicago Cubs on May 13, 1942.

With a chance to tie Tobin's mark, Syndergaard struck out with the bases loaded in the sixth. He struck out again in the eighth with one out and no one on base.