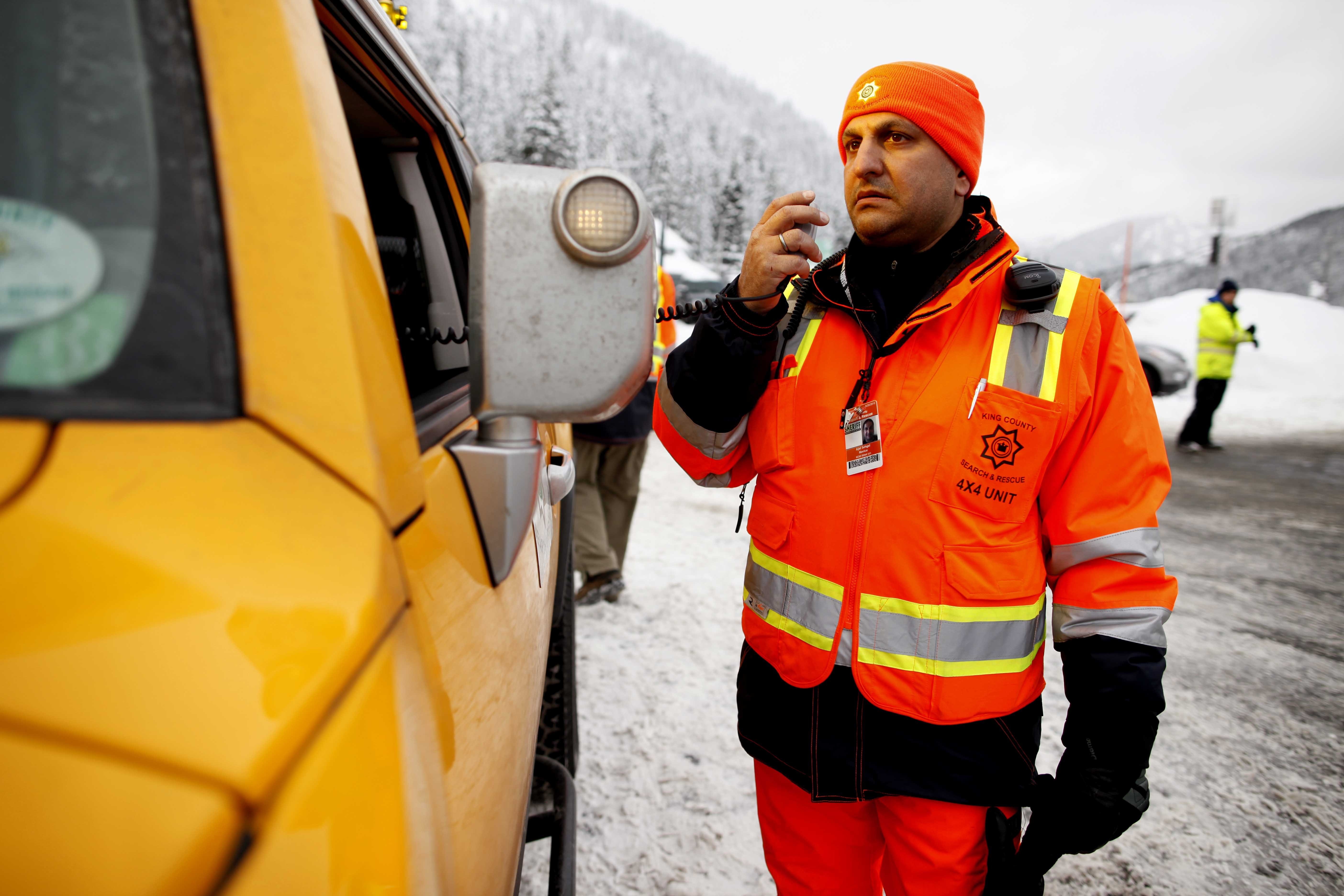 STEVENS PASS, Wash. - Well-equipped and familiar with the terrain, about a dozen expert skiers were making their way through a foot-and-a half of fresh snow when an avalanche hit them in an out-of-bounds area near a popular Washington ski resort.

Three men were killed Sunday when they were swept about a quarter-mile down a canyon, and a fourth skier caught up in the slide was saved by a safety device, authorities said. The large group had split into three smaller groups before the avalanche, but all the backcountry skiers were buried to some extent. Those who were able to free themselves rushed to dig out the victims and unsuccessfully performed CPR on the three, believed to be in their 30s and 40s.

"Most of the people involved in this were well-known to the ski community up here, especially to the ski patrol," said Deputy Chris Bedker of the King County Sheriff's search-and-rescue unit. "It was their friends who they recovered."

The Stevens Pass fatalities were part of a deadly Sunday on Washington ski slopes. A male snowboarder was killed in a separate avalanche incident at the Alpental ski area east of Seattle, authorities said.

CBS News learned through friends of the victims that the dead from the Stevens Pass avalanche include Jim Jack, a former extreme skier who judged "freeskiing" competitions around the world. Friends say he was on the mountain making a video with Chris Rudolph, a marketing director for the Stevens Pass ski area. A third man, John Brenan also died.

Pro skier Elyse Saugstad, however, was saved by an avalanche airbag, which kept her near enough to the surface of the slide to keep her head and hands uncovered.

ESPN Freeskiing editor Megan Michelson was among the skiers but was uninjured, according to ESPN.

Michelson said the initial slide was about 30 feet wide and three feet deep, but quickly grew as it swept away Saugstad and the three victims.

Saugstad said she immediately deployed the airbag from her backpack, crediting it with saving her life.

"I was completely buried except for my head and hands" after coming to a rest, she said.

Two of the victims were found nearby, while the third was carried "several hundred feet" farther down the mountain, Saugstad said.

Michelson said the remaining skiers called for help and skied the length of the avalanche track looking for victims, Michelson said.

"The debris pile at the bottom was massive," Michelson said.

Initial reports of the avalanche reached the sheriff's office just after noon, and for some time it wasn't clear whether the other skiers had also been swept up in the slide.

The Northwest Weather and Avalanche Center on Sunday issued a warning for high avalanche danger for areas above 5,000 feet, saying warmer weather could loosen surface snow and trigger a slide on steeper slopes. The elevation of the avalanche wasn't immediately clear.

John Gifford, the ski area's general manager, said Sunday that the resort had received 19 inches of snow in the past 24 hours.

He described the area as a popular backcountry skiing zone that can be easily accessed from the resort.

"You need to be a highly skilled skier to do that," he said.

Stevens Pass is one of the most popular outdoor recreation areas in the state, with visitors flocking to the scenic site to go cross-country, back-country and downhill skiing, as well as snowshoeing and backpacking.

Experts have said the risk of additional slides in the region could remain high all season. They attribute the dangers in part to a weak base layer of snow caused by a dry winter.