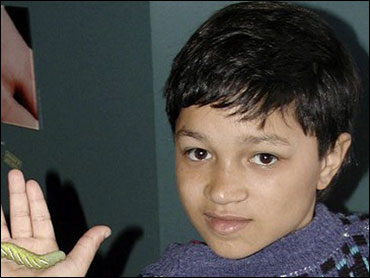 VENTURA, Calif. (CBS/AP) "Tell Larry goodbye because you're not going to see him again." That is what 15-year-old Brandon McInerney said a day before he allegedly shot and killed fellow student Larry King, according to police.

Everybody knew who Larry King was at E.O. Green Junior High in Oxnard, Calif. King, fifteen, was open about his sexual orientation and known for his splashy personality and wearing high heels to classes.

On Feb. 12, 2008, King was in the school's computer lab with 24 other students. Authorities say McInerney, an eighth-grade classmate, walked into the room with a gun and shot King in the head. McInerney ran from the building and police officers detained him a few blocks away.

King was unconscious when he arrived at the hospital. He was declared brain dead the next day, but his parents kept the 15-year-old on life support to preserve his organs for donation. He was taken off life support on Valentine's Day last year.

It may have been the holiday, in fact, that led to his murder. In the days before the shooting, King had approached McInerney, and asked him to be his valentine. McInerney's friends were nearby and starting joking about the incident. 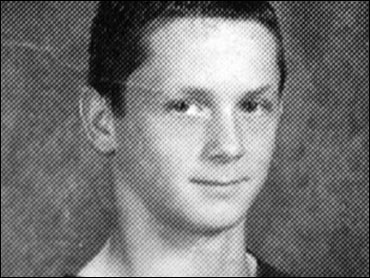 This week, McInerney was in court for his preliminary hearing and was ordered to stand trial as an adult.

Judge Ken Riley said that after three days of testimony, he agreed with prosecutors that the shooting of King was premeditated and added the special circumstance allegation that McInerney was lying in wait.

Police investigators testified that McInerney made threats about King a day before he allegedly shot and killed his gay classmate.

McInerney has pleaded not guilty to murder and a hate crime.

Oxnard police Sgt. Kevin Baysinger said he interviewed students at the junior high who talked about a feud between McInerney and Larry King. Baysinger said McInerney bragged he had guns at home and told one of the victim's friends the day before the shooting, to "tell Larry goodbye because you're not going to see him again."

Oxnard police Officer Ramiro Albarran also testified at Monday's hearing, saying one student he interviewed told him that King had said to McInerney: "Baby, I love you."

Another student claimed McInerney and his friends were going to beat King up and stab him because Brandon "didn't like Larry King because Larry King was gay and dressed like a girl," Albarran said.

Prosecutors have offered a plea deal to McInerney, saying he would receive a maximum of 25 years to life in prison instead of 53 years to life if he accepts. Defense attorney Robyn Bramson has accused the prosecutor of being "vindictive."

McInerney was 14 at the time of the shooting and had no juvenile record. Californa's Gang Violence and Juvenile Crime Prevention Act lowered the age at which adult charges can be filed from 18 to 14, and gave prosecutors power to decide which cases should be filed in adult court.