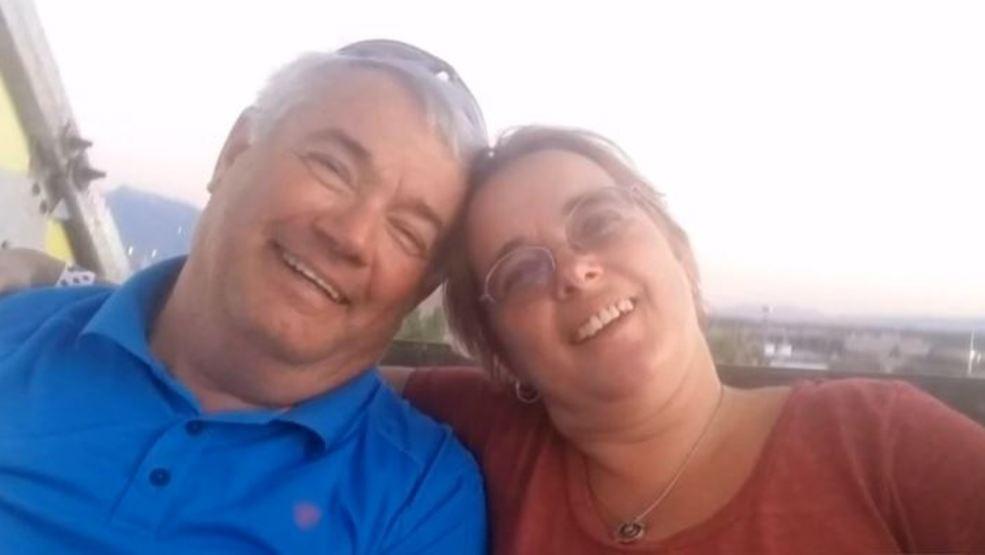 CANYON COUNTY, Idaho -- Friends are telling media outlets that a person of interest sought after three people were found shot dead at his Idaho farmhouse last week had a girlfriend, although he was married.

Canyon County Sheriff's Chief Deputy Marv Dashiell says 60-year-old Gerald Michael "Mike" Bullinger, formerly of Utah, is considered a person of interest in the murders discovered June 19 and has been charged with failing to report the deaths. He was last seen in Ogden, Utah, about 10 days ago.

"We would consider him armed and dangerous at this time," Dashiell said Wednesday morning. "If someone does come into contact with him or observe him, we request that they contact local law enforcement immediately."

Bullinger, a pilot, had just purchased the home last month with his wife, 57-year-old Cheryl Baker. The couple was in the process of moving to Idaho from Utah when one of Bullinger's relatives called police to ask for a welfare check, saying the family hadn't been heard from for a few days.

The sheriff's deputy responding to the home noticed signs that something was amiss and so began looking around the tiny farmhouse and wooded lot, Dashiell said. That's when the deputy discovered a gruesome scene: A shed on the property held three badly decomposed bodies, each laying side-by-side and hidden under some sort of covering. Several dead birds and dogs - likely family pets -- were also found on the property, and other living animals including a snake, rat and some rabbits were removed during the subsequent investigation.

At first, investigators couldn't determine the gender of the bodies or what killed them, but autopsies completed Tuesday revealed that the three women had each been shot once. The women ranged in age from mid-teens to late 50s, and their ages and statures matched the description of people thought to have been living at the home. Dashiell said investigators are working with family members to try to positively identify the bodies using DNA or other forensics.

The women had been dead for one to two weeks before their remains were found, Dashiell said.

The Canyon County Coroner's Office said Monday identification would likely take several weeks because of the state of the remains.

Baker's brother, Byron Baker, told the Idaho Statesman newspaper that the couple was still in the process of moving from Utah to their new home in Caldwell when family members became concerned because they hadn't heard from them. Byron Baker said he thought the couple lived alone, and was unsure who anyone else at the home might be.

His sister remains missing, he said.

"I just don't know what to believe," he told the Idaho Statesman on Tuesday. "There are four people involved here. Three bodies and someone who covered the bodies."

Also missing are Nadja Medley, 47, and her 14-year-old daughter Payton, a friend of Medley's told the Statesman.

Rebecca Lorenz, of Ogden, Utah, told the paper she had been friends with Medley for six years and hasn't heard from her since May 23. She's convinced two of the bodies found in the farmhouse belong to Medley and her daughter.

Lorenz said Medley had been dating Bullinger for nearly two years. She said Medley had recently moved in with Bullinger, moving to his home in Idaho from Utah, and said she believed Medley would never have done so had she known Bullinger were married.

"She was head over heels in love with Mike," Lorenz told the paper.

Cagle was shocked to learn that Bullinger was already married.

A Utah marriage license obtained by the Statesman shows Bullinger and Cheryl Baker married in 2010 and bought the home in Idaho together, taking ownership May 3. Byron Baker told the paper Bullinger moved to Idaho ahead of his wife.

Byron Baker also described a strange text his sister had sent to a close friend in Utah around June 11, which read: "Take care of my dogs. I don't know if I'm coming back."

Cheryl Baker had just retired from her job as an art teacher at GreenWood Charter School in Harrisville, Utah, and Bullinger was a pilot with Classic Aviations Service in Utah before taking on contract work in Idaho.

Neighbors of the Caldwell home reported hearing a gunshot or other noises about 10 days ago, but gunshots aren't uncommon in the rural area, where many avid hunters and target shooters live.

One neighbor, Cindy Morrison, said she heard a loud scream early one morning sometime around June 6 to June 10, but wasn't sure at the time whether it was an animal or a woman who made the noise. She didn't hear anything else, and opted not to call police.

Police are actively seeking Bullinger, Dashiell said, and believe he may be driving a white 2007 Ford Focus with Utah license plates numbered 129UMP. He is about 6 feet, 1 inch tall and weighs an estimated 240 pounds, with gray hair and brown eyes.

Anyone with information about Bullinger's whereabouts is asked to call 208-454-7531.