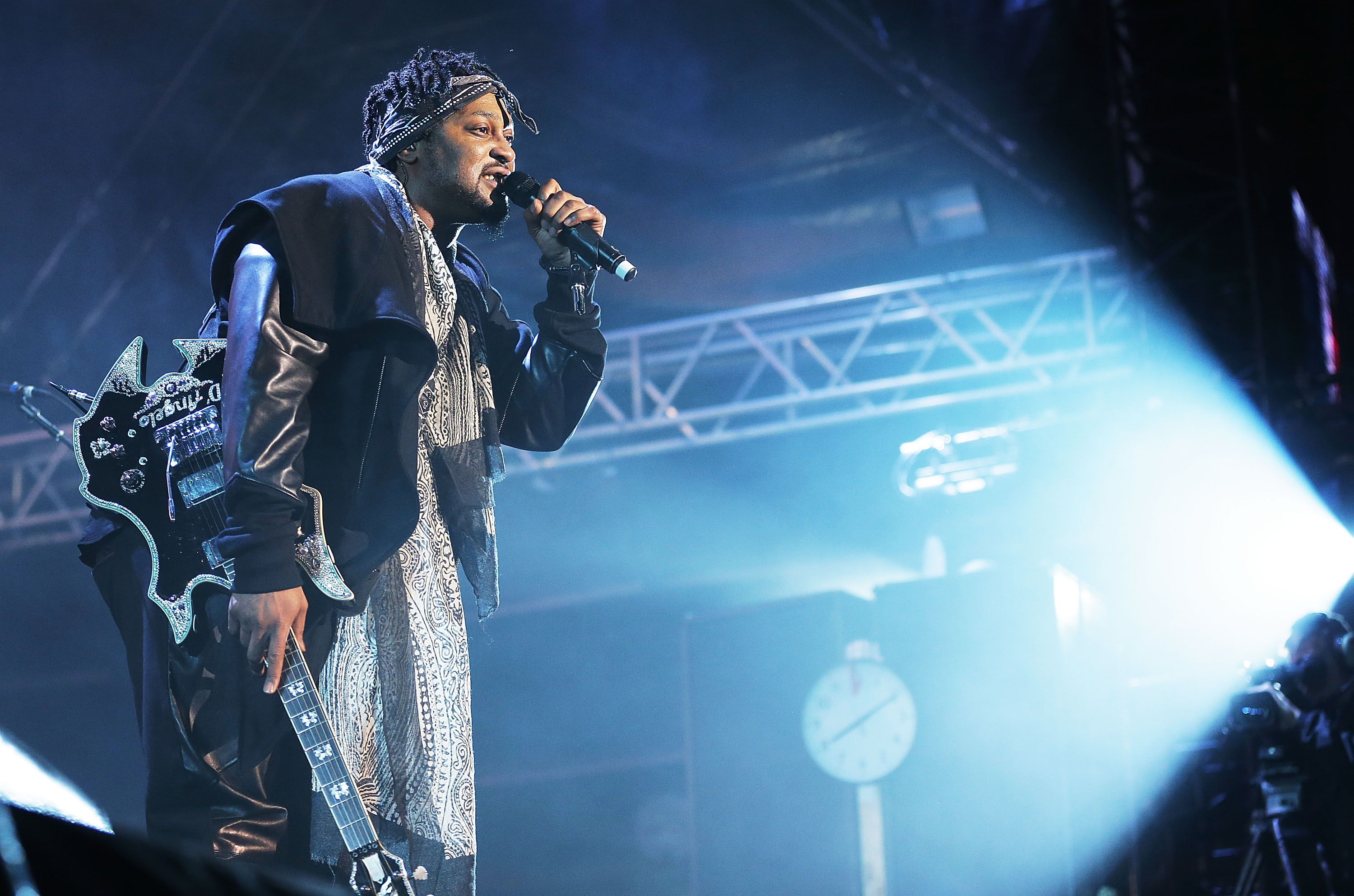 It took 14 years but it's finally here. R&B/funk singer D'Angelo is out with a new album, his first since 2000's "Voodoo," which went on to win a Grammy the following year.

After a long hiatus, D'Angelo started to resurface in 2012, making his first live U.S. performance in 12 years at the Bonnaroo Music & Arts Festival in Manchester, Tennessee, and later performing at the BET Awards -- all to positive reviews.

Since then, there's been talk of new material -- but it was unclear when it would actually surface. In a surprise move D'Angelo unveiled his new effort, "Black Messiah," via a release party over the weekend. By late Sunday, fans could purchase or stream the new 12-track set, which features collaborations with Questlove, Q-Tip, bassist Pino Palladino, drummer James Gadson and Parliament Funkadelic collaborator Kendra Foster.

D'Angelo, 40, explained the album's title in a statement on Sunday, "'Black Messiah' is a hell of a name for an album. It can be misunderstood. Many will think it's about religion. Some will jump to the conclusion that I'm calling myself a Black Messiah. For me, the title is about all of us. It's about the world. It's about an idea we can all aspire to. We should all aspire to be a Black Messiah. It's about people rising up in Ferguson and in Egypt and in Occupy Wall Street and in every place where a community has had enough and decides to make change happen."

Was it worth the wait? See what music critics are saying about "Black Messiah":

Randall Roberts of the Los Angeles Times: 'How does it sound? On first listen, like a continuation of 'Voodoo,' a strange, surreal record that hits on mid-'70s Parliament and Funkadelic, Sly and the Family Stone's 'There's a Riot Goin' On,' the tripped-out oeuvre of Betty Davis and a dose of Band of Gypsies-era Jimi Hendrix. At times it chugs like slowed-down Bad Brains, coupling distorted guitar with a heavy rhythm section. Loose handclaps abound, adding a hefty dose of human soul rather than relying on synthetics."

David Greenwald of The Oregonian: "These songs, recorded to analog tape, are as fearless and alive as a midnight jam session, the vivid production the opposite of a cut-and-paste studio Frankenstein project nipped, tucked and compressed into submission -- the kind of album we get too often from artists who must weigh audio volume and iPhone appeal against sounding like, well, artists. This is what happens when the drugs fade away, the money stops calling and the pressure lifts: on 'Black Messiah,' music's all that's left."

Miles Marshall Lewis of Ebony: "Clearly a passion project for everyone involved, Black Messiah tosses commerciality to the wind and still wins on nearly every level. It might help if we could make out D'Angelo's lyrics more; there won't ever be much singing along here, no matter how many times you play it. But what were the odds that D'Angelo would return 15 years later with an album actually worth hearing? Lauryn Hill, you're up."

You can purchase the album here or stream it below -- and let us know what you think in the comments section: