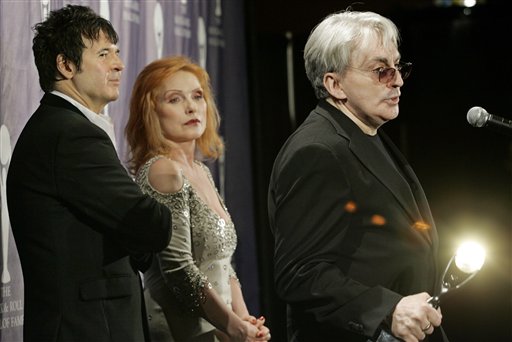 P.J. Carlesimo, whose tenure at Golden State was marked by the Latrell Sprewell choking episode two years ago, was fired Monday by the Warriors.

Carlesimo, whose coaching style was questioned both before and after the Dec. 1, 1997 attack, fell victim of his own poor record. In his third season with the Warriors, the team was 6-21 the second-worst mark in the league. He had an overall mark of 46-113 for a winning percentage of .289, the worst in franchise history.

"It's been very difficult," said general manager Garry St. Jean, who took over as coach. "When you've got a situation in our profession where it isn't working, there comes a point in time when a change is needed."

St. Jean agreed to a multiyear contract encompassing the responsibilities of both jobs and his coaching tenure began Monday night against the San Antonio Spurs.

"I've committed to do this," said St. Jean, a former NBA head coach. "I came here with the objective to get this thing going in the right direction. Obviously, it hasn't gone like we all planned. But going back to the bench, I'm excited about the opportunity."

Rod Higgins was lone holdover, remaining as an assistant coach. Paul Westhead, another assistant under Carlesimo, was reassigned in the basketball operations department.

Carlesimo, who wasn't available for comment, came to Golden State in June 1997 soon after being fired by Portland. He led the Trail Blazers to three straight winning seasons but was dismissed because of clashes with his players over his sometimes abrasive coaching style.

That in-your-face approach initially was promoted by the Warriors, whose first ad campaign centered around the theme, "No More Mr. Nice Guy" with a stern, sun glass-clad Carlesimo staring down from billboards throughout the regio.

But his style almost immediately became an issue when tensions quickly developing between he and Sprewell, his star player.

The emotions boiled over at a practice Dec. 1, 1997, when Sprewell responded to Carlesimo's terse command of "put a little mustard" on a pass by choking his coach. It took several players and team officials to break up the attack, which an angry Sprewell renewed 15 minutes later.

Sprewell initially had his contract terminated by the Warriors and was suspended a year by the NBA, but the sanctions were reduced by an arbitrator to a 68-game suspension that still cost the All-Star guard $6 million in wages.

Following his reinstatement, the Warriors traded Sprewell to the New York Knicks, where he has become a star and fan favorite.

Last month, Carlesimo and Sprewell met on the basketball court in Oakland for the first time since the attack. There has been no reconciliation between the two, and neither spoke to the other during their game in Oakland and a later one in New York.

St. Jean said the Sprewell episode did have an effect on Carlesimo's stay but that it was difficult to measure its impact.

"That was really a time that none of us will forget," he said. "It's there and it's not going away. Whatever you want to say, I'll say this to you: I applaud him for the way he handled the situation when they played the two basketball games."

While Carlesimo weathered the turbulent aftermath of the Sprewell episode and, according to some Warriors, toned down his shrill techniques, he never was embraced by his players, who chafed under his deliberate offensive schemes.

His stay also was complicated by a rash of injuries that contributed to the Warriors' bad start, which included an 11-game losing streak.

At one point in November, when the Warriors were at their worst, they were missing five of the top seven players in the rotation. Among the missing were Erick Dampier, who remains on the injured list, Jason Caffey, Donyell Marshall, Mookie Blaylock and John Starks.

St. Jean is in his third season as GM.