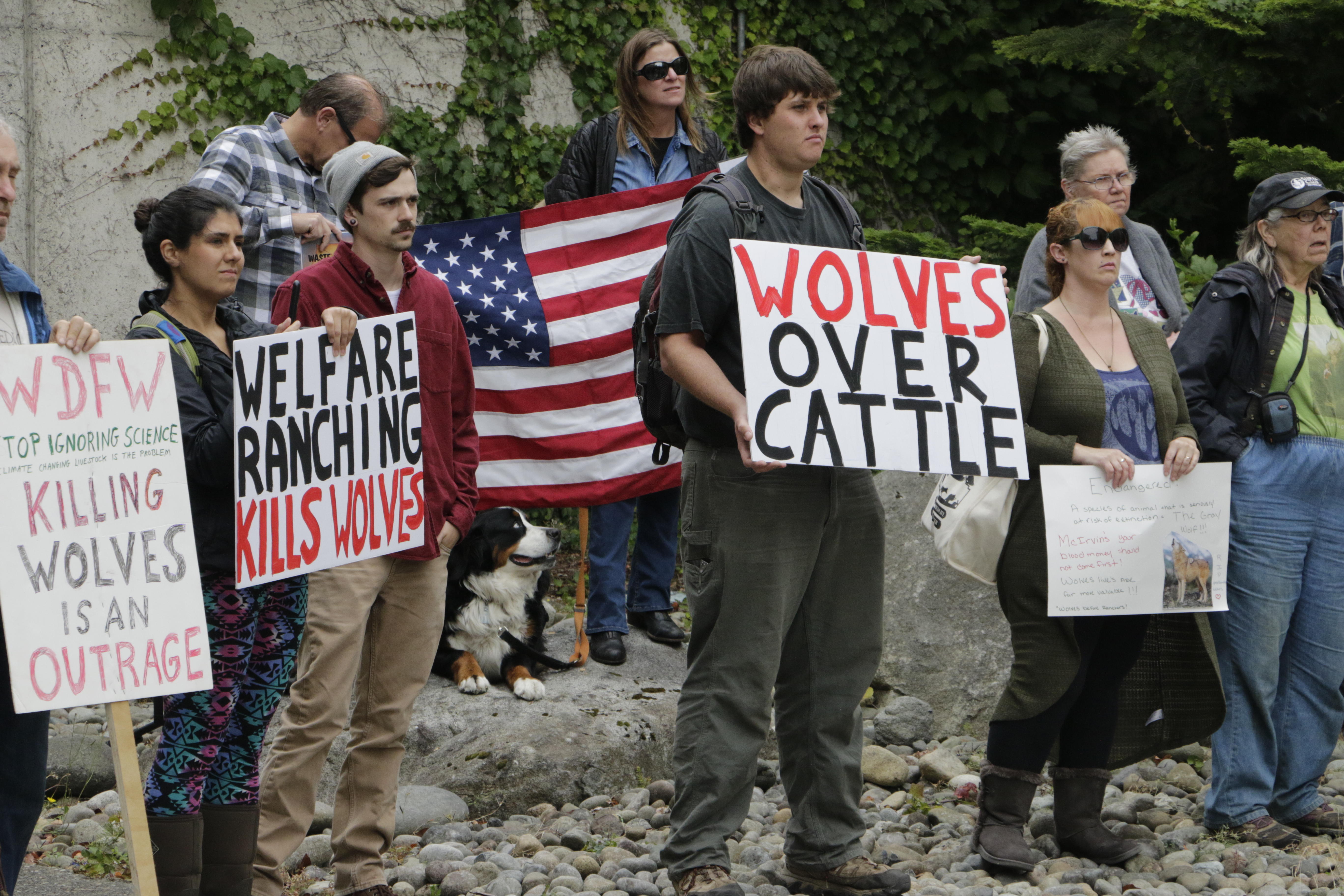 SPOKANE, Wash.  - The on-going extermination of a wolf pack in Washington is the latest development in a controversy that pits conservationists against cattle ranchers in a part of the state far from the populous Seattle metro area.

The issue took an unusual twist this week, when Washington State University publicly rebuked a faculty member who had spoken out in support of the wolves.

The hunt has outraged environmental groups, who say wolves are natural predators that should not be killed in favor of cattle grazing at subsidized rates on public land.

Ranchers say the wolves are a menace.

In July, a cattleman’s group told agricultural newspaper the Capital Press that a wolf pack had killed three calves belonging to the Diamond m Ranch. In 2012 the ranch lost 40 calves to the Wedge pack and 20 the previous year.

“This situation needs to be addressed because if it isn’t, we are going to see as many losses as we did in 2012 from the Wedge Pack,” Justin Hedrick told the Capital Press.  “That is rugged country and the wolves are just going to keep killing.”