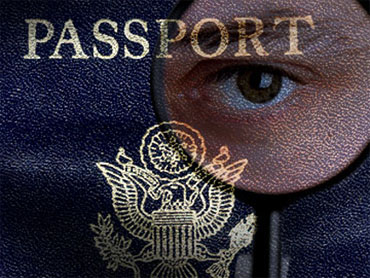 (CBS)
A blogospheric flap complete with threats of legal action has arisen after Michael Yon, the popular war blogger and former Green Beret, said he was detained upon returning to the United States and asked about how much money he makes every year.

Yon posted on Facebook on Tuesday that he was handcuffed and "arrested at the Seattle airport" for refusing questions, including ones related to his annual income, that "had nothing to do with national security."

In the last few days, conservatives have seized on Yon's encounter -- apparently with Homeland Security's Customs and Border Protection agents -- as an example of the Obama administration aiming its airline security efforts in the wrong direction. To Michelle Malkin, it's the "security idiocy of the day." On HotAir.com, Ed Morrissey says: "Instead of hassling American citizens about their income or watching the ice melt, how about paying attention to actual security and intelligence issues? Please?" And there's been at least one on-air mention on Fox News.

Meanwhile, the liberals at MediaMatters.org are rushing to defend the administration. And security hawks like Stewart Baker, former undersecretary for policy at Homeland Security under Bush (and NSA's top lawyer under Clinton), have been defending CBP. The title of Baker's first post: "Actually, a Chip That Big Will Have to Come Off Your Shoulder and Go Through the X-Ray." The second raised questions about whether Yon was accurately recounting what happened.

Matters became a bit more complicated when a post on the military-themed BlackFive.net site from an account named Johnnie Von Bernhardi said: "Just refusing to answer a question about yourself and your travel does not get you handcuffed during a secondary inspection in customs. You have to do alot (sic) more. And Yon was lying in his post where he claims that the airport police rescued him. CBP does not answer to the airport police and the airport police has no authority to interfere with CBP actions. Conservatives should get their facts straight before they go off. Yon actually has a history with CBP. His Thai girlfriend got stopped and questioned by CBP and he has a hissy fit afterward." (This may be a reference to Aew, Yon's Thai friend, who he said a year ago was unreasonably hassled by Minneapolis CBP agents.)

Officially, CBP isn't talking, except to say that there are "two sides to the story" and the Privaçy Act prohibits the agency from discussing the situation. But that BlackFive.net post does have the smell of a CBP agent trying to tell that second side of the story -- and, in fact, the site administrator did some digging and reported on Wednesday that the Internet address of "Johnnie Von Bernhardi" is actually DHS.gov.

Now Yon is saying he's "going to ask" his attorney "to examine a lawsuit for libel against the federal government for the post on BlackFive."

Any CBP official who handcuffed a U.S. citizen solely for refusing to answer a question about annual income is, of course, abusing his power and deserves to be fired. But the unfortunate truth of the matter is that unless security videos are released or depositions take place as part of a lawsuit, we may never know everything that happened during Yon's encounter with CBP. All we have right now are a few Twitter-length messages on Facebook, not even an article-length post on his Web site.

One possibility, if Yon is interested and CBP is willing, might be an authorized disclosure. The CBP cited the Privacy Act; if you read the text of it, you'll see that the law allows disclosure "pursuant to a written request by, or with the prior written consent of, the individual to whom the record pertains." So if the Privacy Act is the sole obstacle to setting the record straight, a mere written request might do the trick.

But what of the real reason for the online outcry -- that is, Yon's report of intrusive questioning about his salary and the subsequent handcuffing?

There's a fine line between questions that are probing and ones that are too intrusive. Malfeasants aren't known for volunteering their intentions, and tossing some questions at border crossings is, and should be, routine. CBP agents may ask questions to gauge reactions, even if they're entirely uninterested in the answers.

On the IrishAbroad.com forum, one poster claimed that questioning a permanent resident about where a U.S. citizen spouse is, and whether the couple is still together are overly personal. But reasonable people may disagree. (It's not as intrusive as asking about Viagra use or sexual history, or even annual income.)

Put another way, asking a question about income isn't the problem. The problem arises when someone known to be a U.S. citizen is handcuffed for refusing to answer it.

A U.S. citizen enjoys what the U.S. Supreme Court has described as "the absolute right to enter" the country, at least as soon as border agents are satisfied of his citizenship (and again, we don't know the details in Yon's case). But courts have taken a permissive view of what kind of questions are allowed. The Fourth Circuit, referring to an immigration checkpoint, ruled that: "It is the length of the detention, not the questions asked, that makes a specific stop unreasonable: The Fourth Amendment prohibits only unreasonable seizures, not unreasonable questions." Another federal appeals court, the Second Circuit, said that being asked about activities at a conference, the content of the lectures attended, and reasons for attending, was CBP behavior "that courts have regularly held to be routine."

And Yon is hardly the first to experience that kind of unwelcome interrogation. A report at FlyerTalk.com last February said a CBP agent at the Windsor-Detroit border asked about firearm and car ownership. Some reports say CBP has "a practice of asking intrusive questions of lawyers" entering the country. In 2007, Stephen Doggette, an IT manager from Dayton, wrote that CBP asked him "what I believed to be irrelevant and outright intrusive questions, including my current salary."

Does anyone remember the conservative outcry back then about an "out-of-control" Bush administration? (No? Didn't think so.)

If there is a problem, and being handcuffed for not answering questions about income certainly qualifies, neither the Bush administration nor the Obama administration are singly responsible. Bureaucracies endure, and it makes little difference to low-level federal employees when one president is swapped out for another. Both Democratic and Republican politicians were equally enthusiastic about creating our massive Homeland Security apparatus in the first place and have voted to increase its budget every year without demanding relevant changes in immigration procedures -- meaning that, if we need to assign blame, the least we can do is be bipartisan about it.

Declan McCullagh is a senior correspondent for CBSNews.com. He can be reached at declan@cbsnews.com and can be followed on Twitter as declanm. You can bookmark Declan's Taking Liberties site here, or subscribe to the RSS feed. Before becoming a CBS employee, Declan was the chief political correspondent for CNET, a reporter for Time, and Washington bureau chief for Wired.