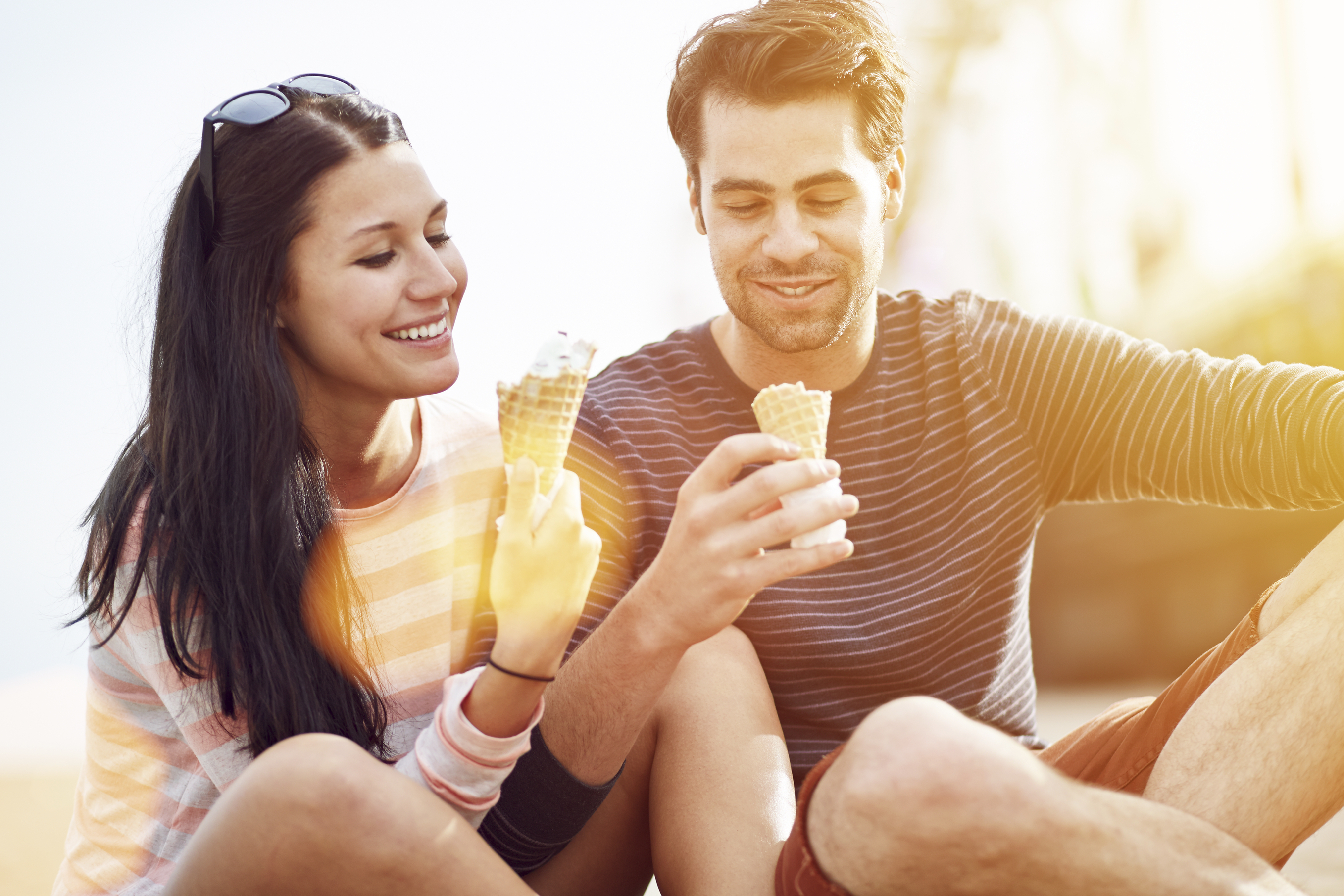 Meeting up with a new business associate or friend? Choosing the same dish at lunch or munching the same snack may create a closer, more trusting connection, according to new research.

Knowing that food brings people together, University of Chicago researchers wanted to test whether eating the exact same foods can heighten the rapport between two people, so they ran a series of three experiments to find out.

The first experiment involved 176 participants who didn't know each other and were paired up to play an economic game. One person pretended to be an investor and the other played the role of a fund manager. The investor could keep their money or give it to the fund manager to invest and earn a profit. The fund manager could decide how much of the profit to give back to the investor.

Some pairs were given the same candy to eat prior to the investment game, while others ate different candies (Butterfingers, Sour Patch, Peppermint Patties, and Airheads).

"We tried to make it as incidental as possible," said study author Ayelet Fishbach, a professor of behavioral science and marketing at the University of Chicago's Booth School of Business.

Those pairs who'd eaten the same candy gave more of the money to their counterparts, while those who had eaten different candies were less trusting and generous with their cash.

"The amount of money the investor gave to the fund manager was basically the degree of trust. And those assigned the same food gave more money," Fishbach told CBS News.

In the second study in the series, the scientists paired up 124 participants to role-play a mock strike negotiation. One person posed as a union leader asking for better wages while the other was a manager. Some pairs ate similar snack foods during the negotiations and other pairs consumed different foods.

The pairs that had eaten similar foods reached an agreement almost twice as fast as the groups that ate dissimilar foods.

"Those who ate similar foods reached an agreement more quickly, which meant they saved more money in strike," said Fishbach.

To see if food held a greater sway than other factors when it came to bonding and trust between strangers, the scientists had also conducted a "pre-test" to see whether people wearing the same colored shirts trusted each other more than people wearing different colored shirts. But shirt color did not have the same influence as food on perceived trust.

The conclusion, the author said: "People who eat similar foods are trusting each other, even if it really wasn't intentional, and it's going to affect the everyday, simple situations in which we are working with somebody else."

"If you think about it, cultures have done this for a long time," added Fishbach. "It's as simple as you and I having the same piece of candy."

The research was published in the Journal of Consumer Psychology.