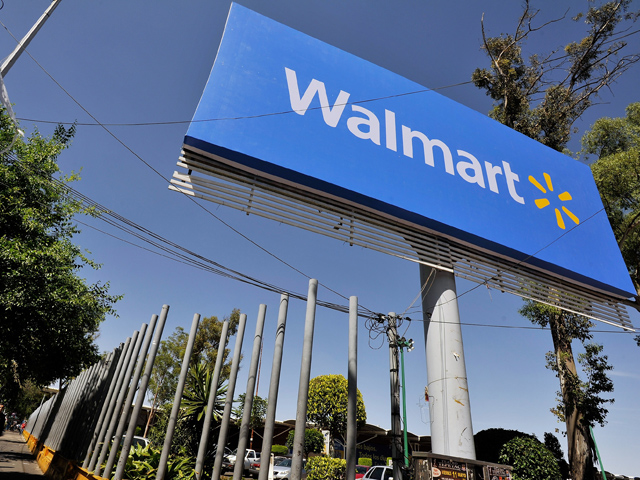 (AP) NEW YORK - Walmart (WMT) is announcing that it will be lowering its fee that shoppers pay for its interest-free pay-over-time program that it's resurrecting for the winter holidays.

The fee to open up a layaway account will now be $5 instead of $15, the world's largest retailer said Tuesday.

The announcement comes a day after Toys R Us announced it was waiving the upfront service fee for layaway orders created in store from Sept. 4 through Oct. 31. After Oct 31, a $5 service fee will apply. Also, there will be no minimum purchase price. Customers have until Dec. 16 to pick up their orders.

No toys at Toys R Us?
Walmart brings back holiday layaway
Toys R Us waives fee for layaway program

Walmart says the move wasn't in response to the Toys R Us announcement, but rather in reaction to customer feedback on its Facebook page since announcing last month its plans to bring back its layaway program for the Christmas season. The new program, which starts Sept. 16 and runs through Dec. 14, will last a month longer than last year's and will include more items than the toys and electronics featured last year.

"When our customers speak up, we listen," said Duncan MacNaughton, chief merchandising and marketing officer at Wal-Mart's U.S. namesake division, in a statement. "We believe this rollback strengthens our layaway offering. It's even more attractive to our customers and makes Wal-Mart more competitive in the marketplace."

The announcement comes a day after Toys R Us announced it was waiving the upfront service fee for layaway orders created in store from Sept. 4 through Oct. 31. After Oct 31, a $5 service fee will apply.

The discounter, based in Bentonville, Ark., reiterated that shoppers who make their final layaway payment will get a full refund of the fee in a form of a Walmart gift card.

Like last year's program, Wal-Mart is still requiring that each item is priced at $15 or more, and the total layaway purchase must be at least $50.

A down payment of 10 percent or $10, whichever is greater, is required and will be applied to the purchase, the same terms as last year. If the order is cancelled or not paid in full, the fee is not refunded, but no additional cancellation fee will be charged, as was the case last year.

Layaway became popular during the Great Depression. Before the most recent recession, easy credit had made it largely a thing of the past. But when credit dried up and the job market soured, Sears (SHLD), Toys R Us and other merchants added back or expanded the service.

Toys R Us introduced its layaway program in stores in 2009 for bigger items like bikes, swing sets, and play kitchens, and has added more categories each year. In 2011, layaway was expanded to include all items at Toys R Us and most items at Babies R Us.

Citing increased costs and lower customer demand, Walmart phased out its layaway in September 2006 - roughly a year before the recession began - with the exception of jewelry. But the discounter faced criticism because it built its reputation on helping the low-income shoppers.