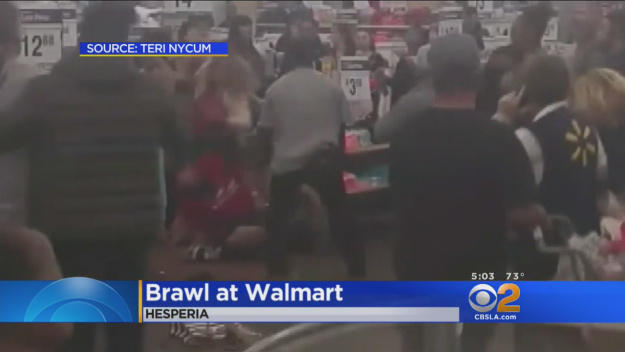 HESPERIA, Calif. -- A fight broke out at a Walmart in the women’s section Sunday landing one person in the hospital and another in jail.

CBS Los Angeles reports the incident happened at the store in the 13000 block of Main Street in Hesperia.

The wild scene caught on tape started with two women arguing then a couple men getting involved. One man was knocked unconscious and was transported to the hospital with significant injuries, a sheriff’s deputy said.

“I was afraid someone was gonna pull out a gun or something,” Teri Nycum, who shot the cell phone video, said.

A 24-year-old man from Adelanto was arrested on suspicion of battery, the deputy said.