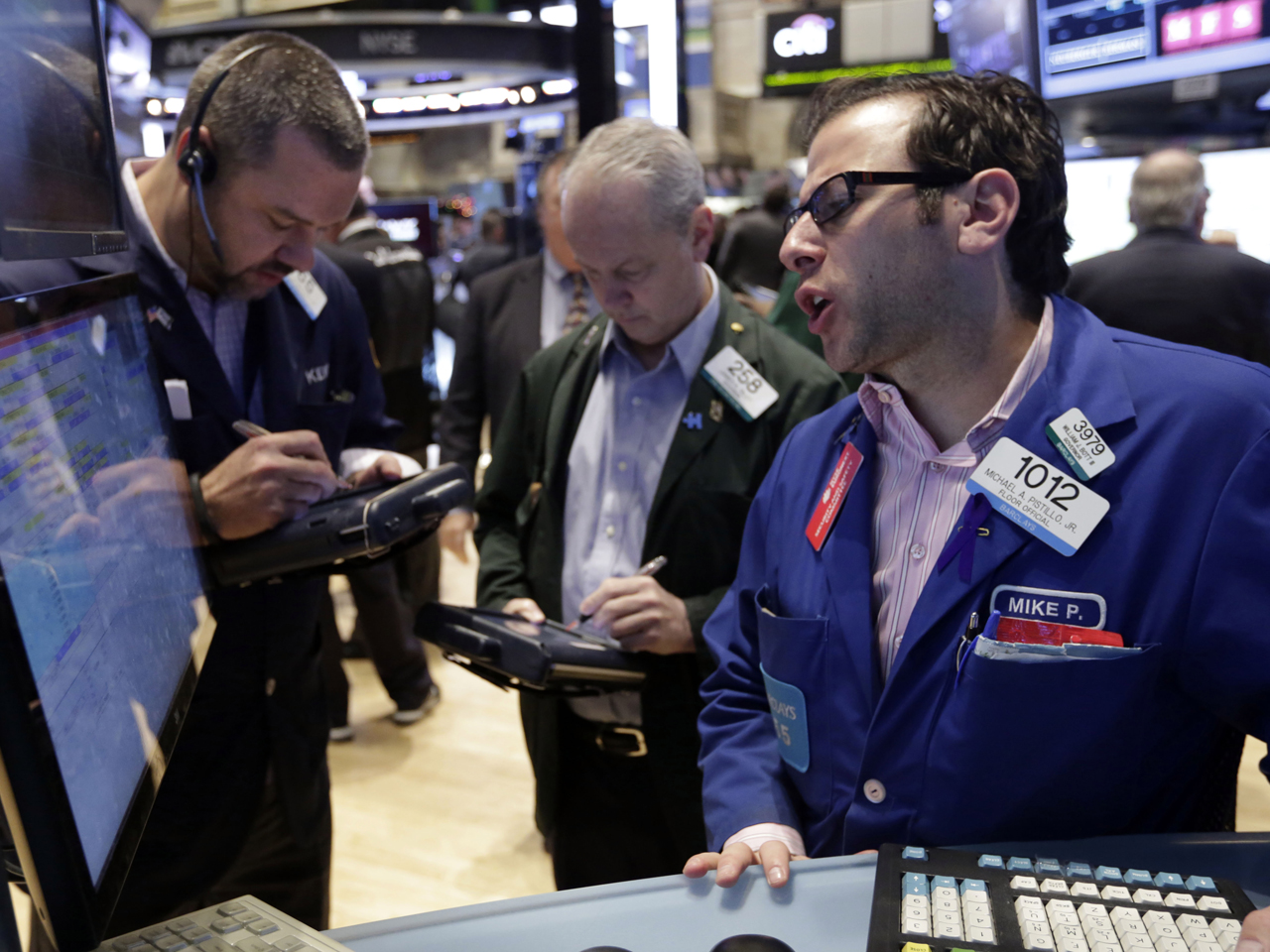 The market's rise snapped a five-day losing streak, with the strengthening job market shifting the focus of investors to growth rather than the fate of the Federal Reserve's huge stimulus program.

The Standard & Poor's 500 index had been falling this week after a series of positive economic reports made investors worry that the Fed would soon pull back on its $85 billion in monthly bond purchases, which have kept long-term interest rates low and supported the stock market.

Now that the U.S. job market is showing consistent strength, investors appear to be letting go of their earlier worry that the economy isn't ready for the Fed to start weaning the U.S. off that stimulus.

"Now we're getting investors trading more on fundamentals and long-term earnings for next year," said Mike Serio, regional Chief Investment Officer for Wells Fargo Private Bank. "There may be some backbone to the economy."

All 10 sectors in the S&P 500 index rose. Industrial stocks were among the leading gainers after Friday's report showed that manufacturers added 27,000 jobs, the most since March 2012.

Signs that the recovery is becoming more entrenched may lure more stock buyers back into the market, supporting prices, said JJ Kinahan, chief derivatives strategist at TD Ameritrade. Despite steady gains for the stock market over the last five years, many investors have remained wary of stocks after the collapse of 2008.

"We're seeing good numbers," Kinahan said. "Does this encourage people who have been underinvested all year to come in and spend some money on the market?"

Friday's gains ended a mini-slump for the stock market, which got off to a sluggish start in December. Fears of the Fed pulling back on its stimulus had made traders nervous when they saw the slew of good economic reports.

The "good news is bad news" attitude has at times stalled the market's otherwise impressive run-up this year.

The S&P 500 index fell 1.5 percent in June when Fed chairman Ben Bernanke said that policy makers could start scaling back stimulus later in the year. In August, the market dipped again as bond yields climbed in anticipation of the end of stimulus.

But those were brief interruptions. The S&P 500 has surged 26 percent, putting it on track for its best year in a decade.

In U.S. government bond trading, the yield on the 10-year Treasury note fell to 2.86 percent from 2.87 percent on Friday. The note's yield is close to its highest in more than two months.

- Intel rose 73 cents, or 3 percent, to $25, after a Citigroup analysts upgraded the company's stock to "buy" from "neutral" because PC demand had stabilized.

- J.C. Penney fell 55 cents, or 6.2 percent, to $8.30 after the struggling retailer said late Thursday that the Securities and Exchange Commission is looking into its liquidity, debt and other financial matters, raising concerns about the company's financial health.