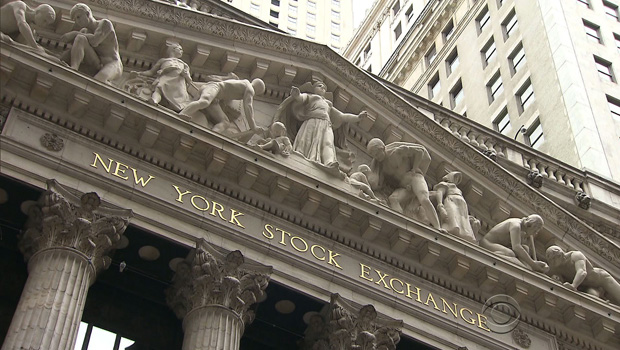 NEW YORK - U.S. stocks mostly rose on Thursday, but were off session highs as late afternoon selling pushed the Nasdaq into negative territory.

The Nasdaq 100 was down 0.2 percent, led lower by Staples (SPLS), which lost 15 percent to $11.39 after the largest U.S. office supplies retailer forecast a decline in sales. Staples also said it would close up to 225 stores in the United States and Canada by 2015.

In a boost to riskier assets, the euro hit its highest level against the U.S. dollar since late December after the European Central Bank kept interest rates on hold.

But the overall sentiment remained cautious over tensions between Ukraine and Russia, boosting investors' appetite for hedges against a market decline.

Crimea's parliament voted on Thursday to join Russia and its Moscow-backed government set a referendum for March 16 on the decision, in an escalation of the crisis between Russia and the West over the Ukrainian Black Sea peninsula.

An index of Moscow stocks lost more than 2 percent after the vote in Crimea, but pared the losses and was down 1 percent. The rouble weakened 0.4 percent versus the U.S. dollar. A U.S.-traded Russian ETF fell 1.3 percent to $23.37.

"Nobody wants to go to war, and Russians don't want to get their market cut in half, so that eventually has to settle down," said John Manley, chief equity strategist at Wells Fargo Funds Management in New York.

Manley said the call for a referendum can be seen as a cooling of the crisis as politics prevail over a possible armed conflict.

In a press conference on Thursday, U.S. President Barack Obama called on Congress to support the International Monetary Fund's capacity to lend to Ukraine.

In the options market, put buying in the SPDR S&P 500 ETF continued, with the weekly $185 and $187 strikes that expire on Friday garnering the most interest as of Wednesday's close, according to Schaeffer's Investment Research in Cincinnati, Ohio. The ETF was up 0.4 percent at $188.34.

The S&P 500 climbed to an all-time intraday high of 1,881.94 earlier in the session. The Nasdaq, which had traded higher for most of the day, turned negative in late afternoon trading.

Costco Wholesale Corp (COST) was down 1.8 percent at $114 after the warehouse retailer reported a bigger-than-expected 15 percent fall in quarterly profit as unusually deep discounting in the holiday shopping season hurt margins.

Weekly applications for U.S. unemployment insurance fell to 323,000, the lowest in three months, a sign of strength in a labor market that has been hobbled by severe weather. New orders for U.S. factory goods, however, fell more than expected in January and shipments also slipped, adding to signs of a recent slowdown in manufacturing activity.

The nonfarm payrolls report, which will be released on Friday at 8:30 a.m., is expected to show that 149,000 jobs were added in February, according to the consensus of a Reuters poll of economists.