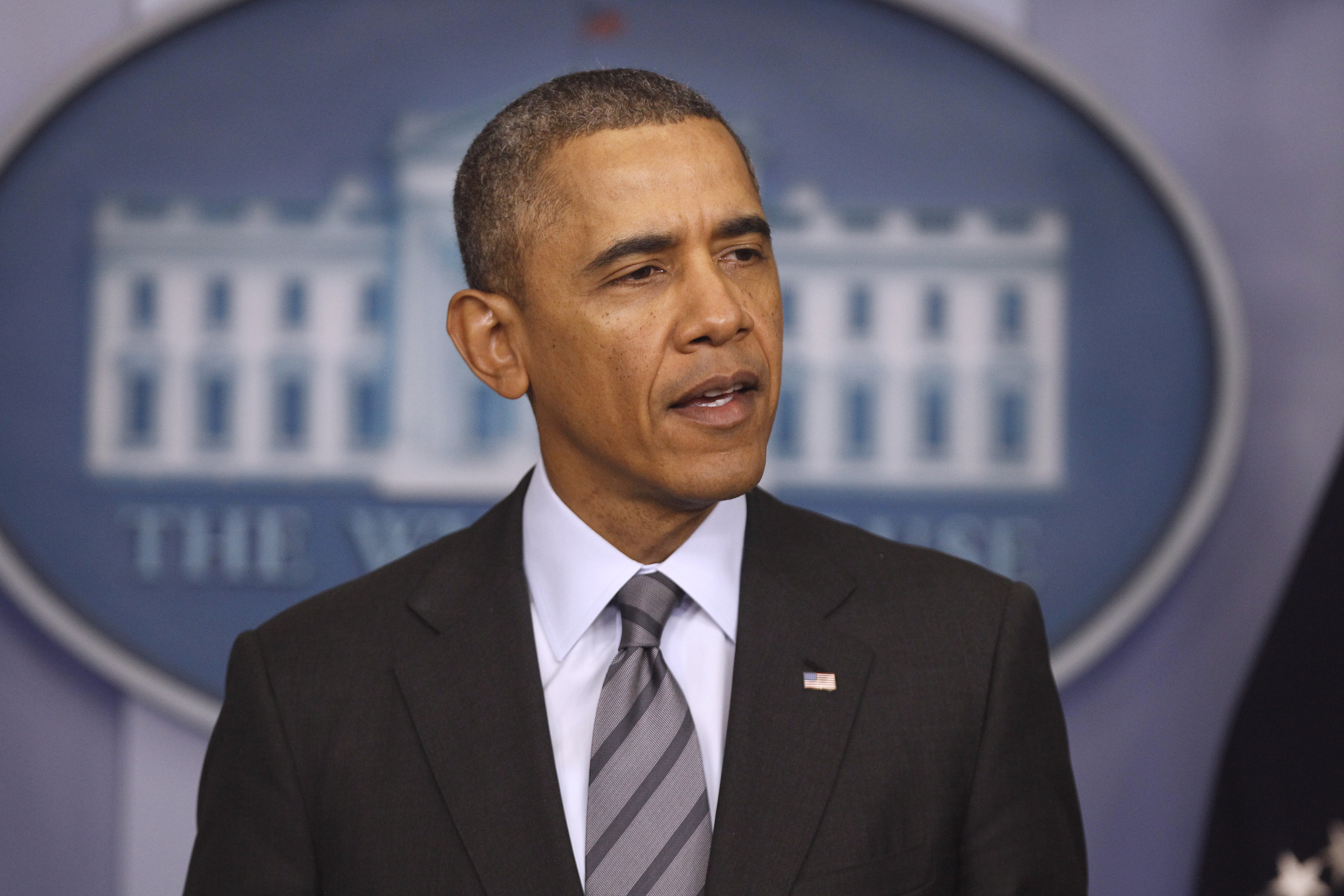 President Obama pledged Wednesday to continue taking steps to punish Russia for invading the Crimean peninsula in Ukraine and criticized an upcoming referendum on the region's status as violation of both the Ukrainian constitution and international law.

The White House announced Thursday morning that it was imposing a new set of visa restrictions on pro-Russian opponents of the new Ukrainian government in Kiev, a precursor for financial sanctions that could follow as punishment for the Russian occupation of the Crimean peninsula. Hours earlier, lawmakers in Crimea announced they would hold a referendum in March to determine whether the area should become a part of Russia instead of maintaining its current autonomous status within Ukraine.

"Any discussion about the future of Ukraine must include the legitimate government of Ukraine," the president said in a statement from the briefing room. "In 2014, we are well beyond the days that borders can be redrawn over the head of democratic leaders."

Although the White House would not specify the number of individuals who would be affected by the visa ban, it is aimed at Russians and Ukrainians in the region. No sanctions have been implemented yet, said White House Press Secretary Jay Carney, but an earlier statement from the White House noted that the executive order issued by the president paves the way for sanctions against "who are most directly involved in destabilizing Ukraine, including the military intervention in Crimea, and does not preclude further steps should the situation deteriorate," the White House said.

The visa measures will immediately restrict the travel of certain individuals and officials.

The House has also been working toward possible sanctions against Ukraine, and both chambers of Congress are working on legislation that could authorize a loan guarantee to the country in order to provide some economic stability. In his statement, the president reiterated his request that Congress to support efforts by the International Monetary Fund to lend resources to Ukraine.

Later Thursday, the House approved $1 billion in existing funds to act as loan guarantees for Ukraine by a vote of 385 to 23. The bill will now move to the Senate.

Although there have been lawmakers critical of Mr. Obama's handling of the situation, the response has been largely bipartisan so far.

"I would note that the president justified his actions today by calling this a national emergency and frankly I agree," said House Speaker John Boehner, R-Ohio on Thursday, noting that he supports the visa ban. "I remain committed to working with the administration to give President Obama as many tools as needed."

He also pushed the president to expedite approval of American natural gas exports as a way of reducing Russia's hold over the rest of Europe.

The president pledged that, "if this violation of international law continues the resolve of the United States and our allies and the international community will remain firm." But he also made clear that he hopes the crisis can be resolved without further escalation, saying he is "confident" that there is a way to move forward in a manner that respects Russian interests.