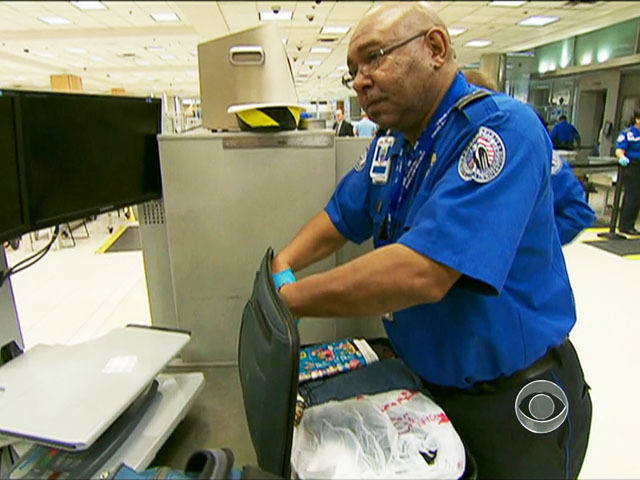 (CBS News) Government officials say longer-than-usual wait times at customs are the result of a new ban on overtime for customs officers.

Secretary of Homeland Security Janet Napolitano was asked Monday how passengers would be affected.

"If you're traveling, get to the airport earlier than you otherwise would," she told reporters. "There's only so much we can do with personnel, and please don't yell at the customs officers or the TSA officers."

In fact, the TSA, or Transportation Security Administration, which screens passengers at security checkpoints, has not yet been affected by budget cuts.

That is expected to change in the coming weeks when the TSA plans to freeze hiring and cut overtime, nearly doubling wait times at major airports during peak travel times -- including spring break and summer. Normally, officers working overtime ease the crush, but when the budget cuts kick in, that will end.

Even during non-peak times, TSA warns the wait at the security checkpoint will be 30 minutes or more.

At Chicago's O'Hare Airport, that could force the smaller of two control towers to close indefinitely, resulting in delays and cancellations.

"If we don't have the controllers looking at the airplanes making sure they're separated, those airplanes aren't going to be in the air," says air traffic controller Dan Carrico, who is the union representative at O'Hare. "You're looking at approximately 44 to 45 minutes of delay per aircraft that flies into O'Hare."

More than 200 small airports across the nation plan to do away with traffic controllers entirely, meaning pilots would have to coordinate take-offs and landings among themselves.