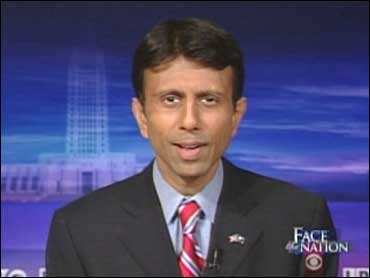 Two former senators and one sitting governor thought to be possible candidates for vice president on Sunday expressed minimal interest in the job but didn't remove themselves from consideration.

Been there, done that, said one.

Another is focused on being Louisiana's governor.

The third said it was presumptuous to reject something not yet offered.

That was in contrast to former Virginia Gov. Mark R. Warner's statement Saturday removing himself from consideration as a possible running mate for Democrat Barack Obama.

"I have not sought and I will not accept any other opportunity," Warner said as he accepted the Democratic nomination for a Senate race this fall. He was one of three Virginia Democrats often mentioned as potential choices for Obama.

Neither of the other two, Sen. Jim Webb or Gov. Tim Kaine, have ruled out a run with Obama.

Two leading Spanish newspapers reported this month that former Sen. John Edwards, who was John Kerry's running mate in 2004, had ruled out accepting the same offer from Obama.

"I already had the privilege of running for vice president in 2004, and I won't do it again," Edwards said, according to El Mundo. El Pais, the country's other leading daily, carried similar comments.

Edwards, a candidate for president in this year's primaries, stepped back a bit on Sunday.

"I intended it to say that this is not a thing that I'm seeking. I think Senator Obama, first of all, has earned the right to make this decision for himself. I think he has enormous choices available to him, really great choices available to him," Edwards said on "This Week" on ABC. "And I think he'll go through this process in a thoughtful, orderly way, and he'll decide who he wants to be his running mate. And that's exactly how it should be done."

Asked whether he'd rule out the possibility, Edwards said: "Well, I'd take anything he asked me to think about seriously, but obviously this is something I've done and it's not a job that I'm seeking."

Louisiana Gov. Bobby Jindal said he's focused on the job he started in January. He was one of a handful of potential candidates who spent Memorial Day weekend at the Sedona, Ariz., home of Sen. John McCain, the likely Republican presidential nominee.

Jindal did not say whether he'd reject a running-mate offer.

"The speculation is flattering. I've talked to the senator several times. We've never talked about the topic," Jindal said Sunday on CBS News' Face the Nation (

Watch the video
). "The reality is, I've got the job that I want. This is an historic time for my state, not only because of Katrina and Rita, those awful hurricanes in 2005, but for many reasons, like the energy economy and other opportunities. ()

"I'm certainly supporting Senator McCain, will do whatever I can to help him get elected, but I'm focused on being governor of Louisiana," he said.

"It's presumptuous for a person to turn down things that haven't been offered to them and I don't think will be offered. And it's not something that I want. So I'll just leave it at that," added Thompson, also appearing on ABC.