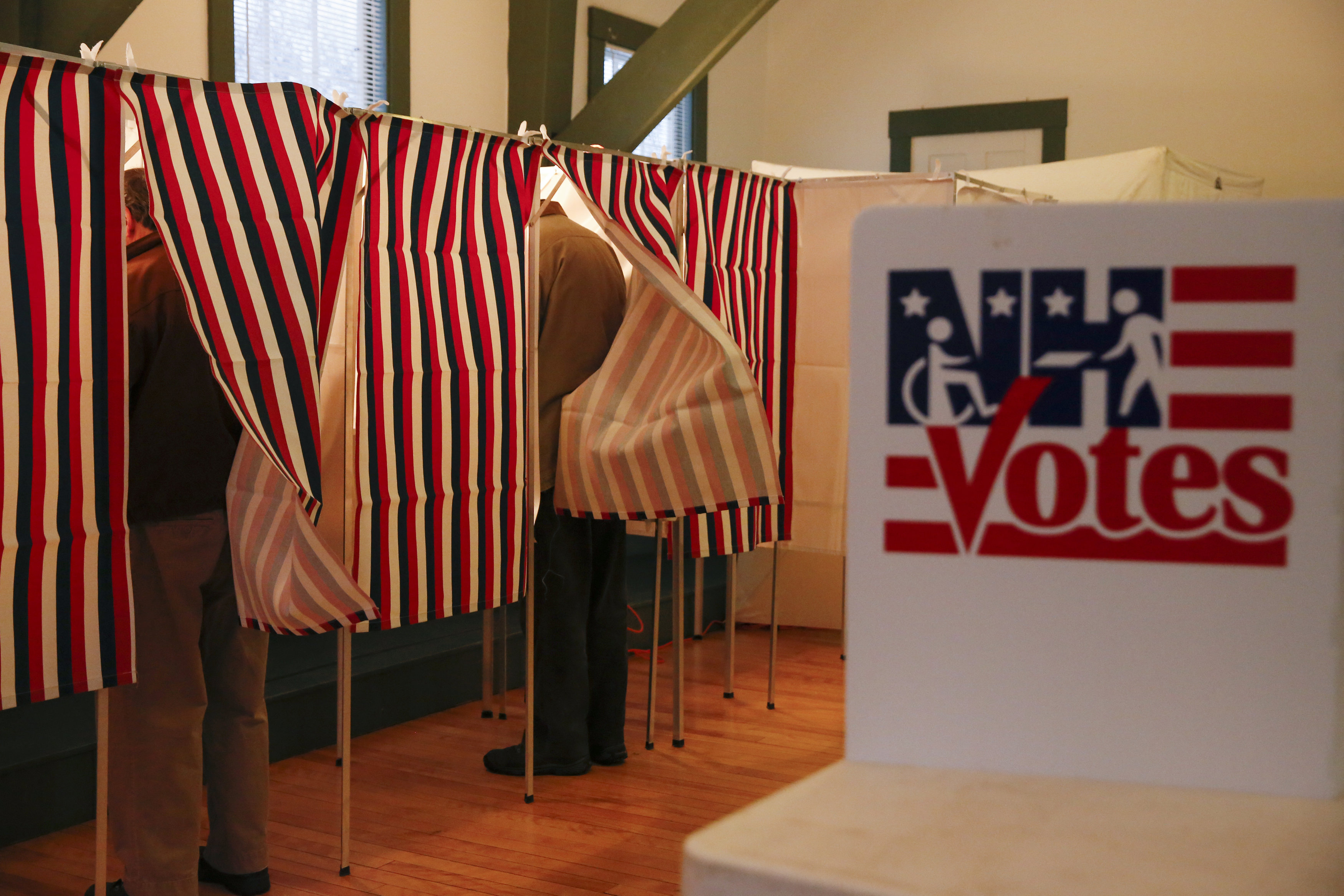 In the late 1990's I was hired to work on the campaign of a Chicago Republican (no, that's not a typo). Riding from O'Hare to the office for the first time, we passed several cemeteries with razor wire across the tops of their stone walls. I nudged the Chicago native behind the wheel and said "Is this an election-year thing? Trying to slow down the dead people on their way to the polls?"

He was not amused.

It's a reminder that "vote early and vote often!" was the slogan of Chicago Democrats long before President Trump convened the Commission on Election Integrity, which met in New Hampshire on Tuesday.  America has a long and storied history of voter fraud, and a long-standing concern over the issue.

Many pundits were shocked by post-election polls showing 25 percent of Americans believed President Trump's complaint that millions of illegal votes were cast in November (an extremely unlikely claim, by the way). But a Gallup poll back in 2004 found the same percentage of Americans—25 percent—feared illegal voting "would be a major problem in the election."  In 2008, that number reached 44 percent, due in part to the scandal surrounding a self-styled "community activist" group called ACORN that was committing widespread voter registration fraud.

Which is why commission supporters point out that Donald Trump didn't invent this problem. And critics reply, "What problem?"

So the truth isn't out there? Voter fraud is just a myth?

In 2008, comedian Al Franken became a US senator by a margin of just 312 votes. In the same Minnesota election, more than a thousand felons illegally voted. On top of that, peer-reviewed research by academics at Old Dominion University found that about 14 percent of legal non-citizens across the country are registered to vote, and about 6 percent of them do. Add the felons and the non-citizens to the fact that these individuals are overwhelmingly likely to vote Democrat, and there's a very high likelihood that Al Franken would not have cast the 60th vote to enact Obamacare without illegal voting.

That's not an indictment of Al Franken. Instead, as the Commission Chairman Kris Kobach repeatedly insists, there's a problem with the system. How did felons get registered to vote in the first place? How did non-citizens get on the voter rolls—and begin receiving political mailings and messages from election boards urging them to vote?

Because state workers are using the Motor Voter law to push these people onto the voter rolls. This is the law that requires that citizens be able to register to vote at Departments of Motor Vehicles. Why? Who benefits when a group of ineligible-but-trending-heavily-Democrat people become registered voters? Not surprisingly, Republicans think they know.

"We take voter integrity very seriously here in New Hampshire, and we recognize that our 'first-in-the-nation' primary status puts our process under greater scrutiny," says Jennifer Horn, former chairwoman of the New Hampshire GOP. She should know.

Unlike most other states, including liberal Vermont right next door, New Hampshire doesn't require voters to prove that they live in New Hampshire in order to vote there.  And same-day registration, makes it possible (and repeatedly alleged) for campaign workers who flock to New Hampshire for the presidential primaries to register, vote, have a wildly-disproportionate impact on American politics, and then leave.

Horn points to the story of then-state-senator Martha Fuller Clarke, who had out-of-state campaign workers sleeping on her sofa while working on the 2012 election. They registered, voted, then went back to their home states. But because of New Hampshire's lax election laws, Clarke and these non-resident voters didn't technically break the law.

That law may be affecting the outcomes of some races. Last November, GOP U.S. Senator Kelly Ayotte lost to Democrat Maggie Hassan by 1,023 votes out of more than 700,000 cast. Even the "illegal voting's a myth" media have to concede that it's possible— possible --.001 percent of the votes cast in that election were from voters who, like Fuller Clarke's out-of-state guests, became New Hampshirites for a day. Mr. Trump himself lost New Hampshire by under 3,000 votes.

Maybe Americans are a little paranoid about the ballot box. Then again, given the elections we've had going back to Bush v. Gore in 2000, maybe we should be. But is it really asking too much of our politicians to put partisanship aside and put in place some simple fixes for this small, but important problem?