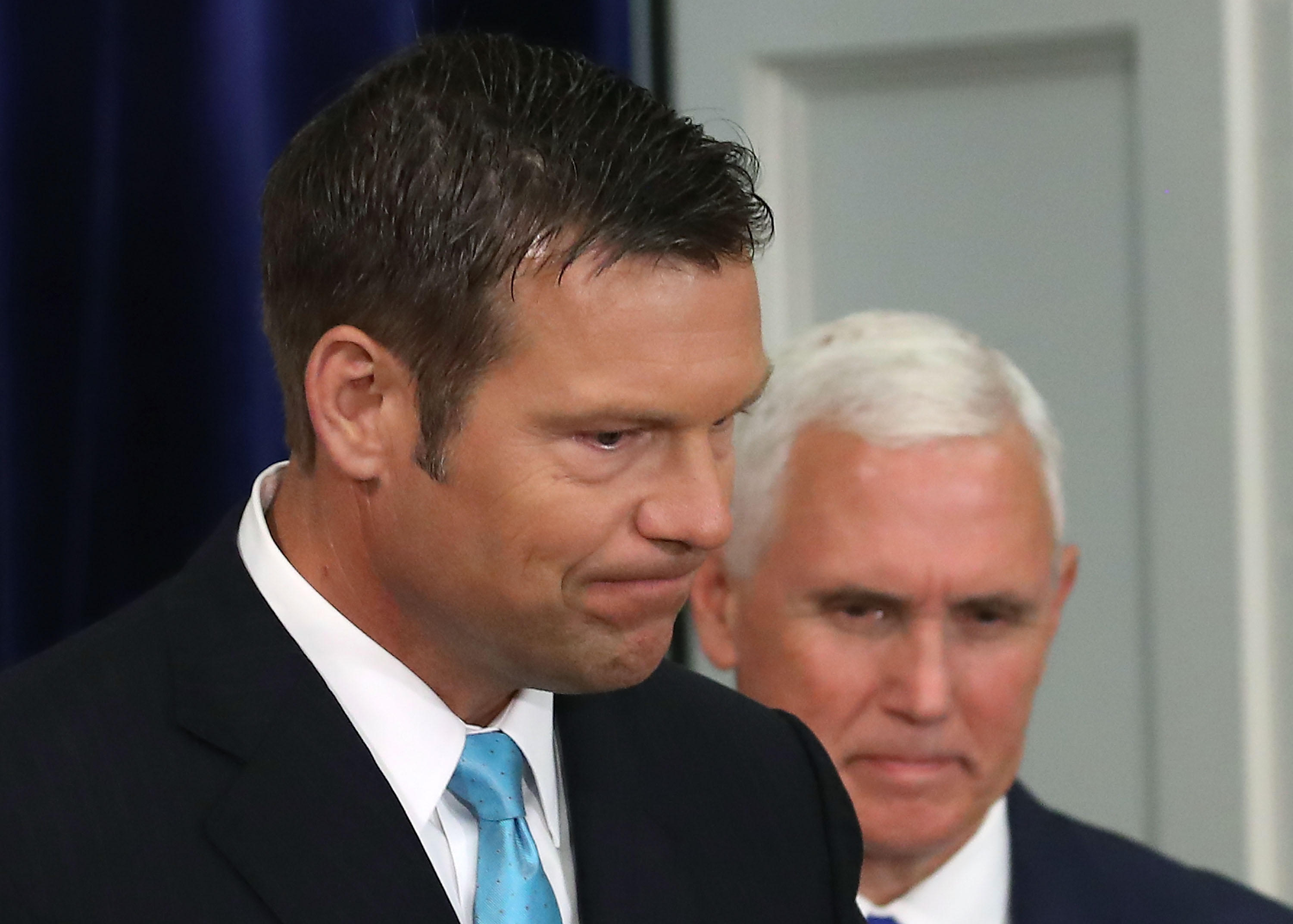 A commission created by President Donald Trump to investigate his allegations of voter fraud held their second formal meeting in New Hampshire a week after its vice chairman angered state leaders by claiming out-of-state voters in November helped elect a Democrat to the U.S. Senate.

New Hampshire state law currently dictates a clear distinction between "residents" and those who are  considered as "domiciled". Residents plan to live in the state permanently, while those domiciled do not plan to have permanent residency, but currently live in the state for a majority of their time.

During Monday's meeting, Professor Andrew Smith of the University of New Hampshire addressed Kobach's claims head on, saying that those "domiciled" in the state do not have to acquire out-of-state licenses and can still vote in the state.

Kobach's comments prompted all four members of New Hampshire's congressional delegation to demand the state's representative on the commission, Secretary of State Bill Gardner, step down. Gardner, a Democrat, said he could not condone Kobach's claims but would remain on the commission because he wants to understand why Americans are losing trust in the election process.

On Monday, the New Hampshire chapters of the American Civil Liberties Union and the NAACP said they planned to call for the commission's dismantling. Hassan and Sen. Jeanne Shaheen, a fellow Democrat, are co-sponsors of a bill that would end the commission, whose Tuesday meeting will be its second and its first outside Washington, D.C.

"The commission's long game is to set the table to restrict voting rights in New Hampshire and across the country," said Shaheen's communications director, Ryan Nickel.

Nickel said it's clear the commission "has a pre-ordained outcome and should be disbanded."

The commission, the Presidential Advisory Commission on Election Integrity, has spurred controversy from the moment it was established in May. Critics say Mr. Trump, a Republican, is using the commission to support his unsubstantiated claims of widespread voter fraud that cost him the popular vote during the 2016 election, in which Hillary Clinton, a Democrat, received 2.8 million more votes than he did.

While there have been isolated cases of voter fraud in the U.S., there is no evidence of it being a widespread problem, as Mr. Trump suggests.

Meanwhile, John Lott, President of the Crime Prevention Research Center and a member of the commission's expert panel on Monday, suggested that the FBI-crafted National Instant Criminal Background Check System, or NICS, which is primarily used as a means for background checks for acquiring a gun, could be implemented to determine if a citizen was able to vote or not.

But commission member Gardner was quick to challenge Lott's idea. "NICS was never established to be used as an election tool," he responded.

Lott went on to advocate for the idea of NICS being implemented for providing checks against voter fraud, calling it a "one stop shop" for covering vital information like citizenship and criminal records.

"If this is a system they [states] have honestly believed over time is a fair and accurate way of determining whether or not you're legally able to own a gun, presumably it's not going to supress voter turnout," added Lott.

Critics have expressed concern the commission will be used to promote voter suppression efforts. Kobach and other Republicans have advocated for measures that would make it more difficult for people to register to vote, stay registered and cast ballots. A recent Associated Press analysis found that Kansas, where Kobach is the top elections official, tossed out more ballots in the 2016 election than Florida, which has about seven times as many residents.

Republican lawmakers, citing concerns over voter fraud, have largely been behind a push in several states to enact voting restrictions, such as laws requiring voters to produce certain types of photo ID before casting a ballot. Various federal courts have rolled back some of the more far-reaching restrictions, although legal battles continue.

The commission provoked controversy in June when it sent letters to officials in all 50 states seeking a long list of information about voters, including partial Social Security numbers, dates of birth, party affiliations, addresses and voting histories. After sparking widespread privacy concerns, Kobach later sent a revised letter explaining the information would not be released publicly.

Fifteen states and the District of Columbia have refused to comply, while three remain undecided, according to an AP survey. Several of those states, including Mississippi, Tennessee and Wyoming, are led by Republicans.

The commission also has faced lawsuits over its activities, including claims it violated federal law by collecting private voter data and by holding meetings without providing public notice or opening them to the public.

Kentucky Secretary of State Alison Lundergan Grimes, a Democrat, is one of the election officials who refused to provide the data. She said the request was just one reason she had little faith in a "voter-suppression commission."

"You don't need to know an individual's voter registration, party affiliation, their voting history and, importantly, the last four digits of their Social Security number to be able to make good, strong recommendations as to how you improve the voting process," she said.

Notably absent from Monday's meeting: Vice President Mike Pence, who has been charged as leading the commission since after the 2016 election.