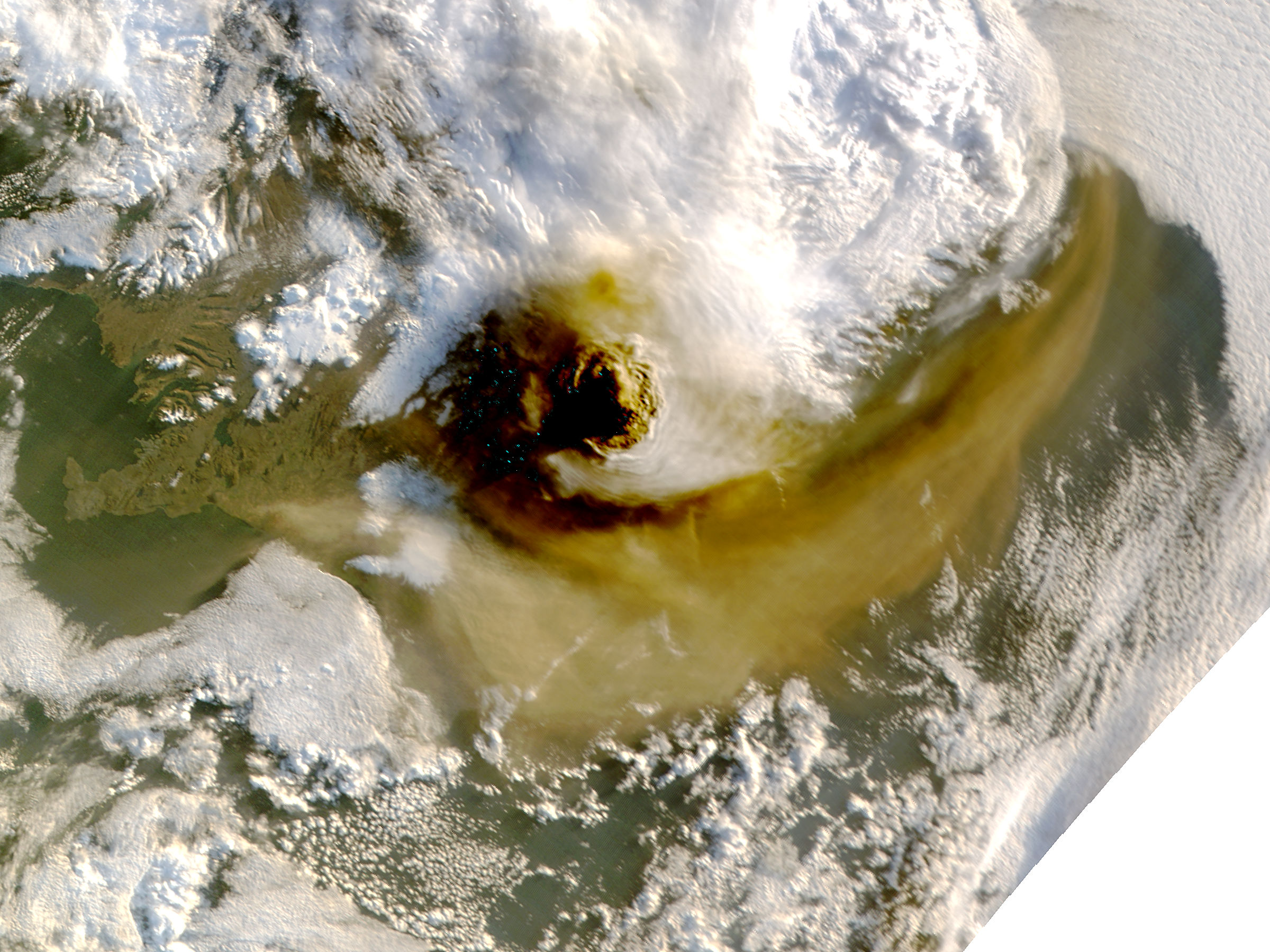 LONDON - A dense cloud of ash from an Icelandic volcano was being blown toward Scotland Monday, forcing one airline to cancel nearly all its flights, U.S. President Barack Obama to cut short his visit to Ireland and carriers across Europe to fear a repeat of the huge disruptions that stranded millions of passengers a year ago.

Officials say they don't expect the problems caused by the Grimsvotn (GREEMSH-votn) volcano that began erupting on Saturday to be as great as that caused by another Icelandic volcano last year that led to the grounding of almost all air traffic in Europe for several days amid fears that the ash could cause engines to stall. Authorities say systems and procedures have been improved, and the ash is currently not expected to move into continental Europe.

Pilots unions, however, expressed concerns that the ash could still be dangerous.

Britain's Civil Aviation Authority said it now appears that ash could reach Scottish airspace from Tuesday onward and affect other parts of the U.K. and Ireland later in the week.

Glasgow-based regional airline Loganair canceled 36 flights scheduled for Tuesday morning. It said its flights between Scottish islands would be unaffected.

Obama, who had been scheduled to spend Monday night in Ireland, planned to fly to London on Monday evening instead. Last year's ash cloud forced Obama to cancel a trip to Poland.

Andrew Haines, Chief Executive of the CAA, said: "Our number one priority is to ensure the safety of people both onboard aircraft and on the ground. We can't rule out disruption, but the new arrangements that have been put in place since last year's ash cloud mean the aviation sector is better prepared and will help to reduce any disruption in the event that volcanic ash affects UK airspace."

Many airlines said authorities overestimated the danger to planes from the abrasive ash last year, and overreacted by closing airspace for five days.

CAA spokesman Jonathan Nicholson said authorities this time would give airlines information about the location and density of ash clouds. Any airline that wanted to fly would have to present a safety report to aviation authorities in order to be allowed to fly.

Even at that concentration of volcanic ash, experts said the air would not look much different from airspace unaffected by the ash, but officials say the tiny particles in the ash can sandblast windows and stop jet engines.

The international pilots' federation warned Monday that it believed the cloud still presented a potential danger to commercial aircraft despite developments since last year.

"It remains out view that when there is an unknown then it is always better to err on the side of caution," said Gideon Ewers, spokesman for the International Federation of Air Line Pilots' Associations.

Thurai Rahulan, a senior lecturer in aeronautics at Salford University in northwest England, said the technology on how to measure and monitor ash has improved, but aircraft's ability to cope with ash has not changed in the past year.

"Aircraft manufacturers have made more resources available to conduct studies on tolerating higher concentrations of ash, but as far as I know, no possible improvements have yet made it to front line operations yet," he said.

The expected disruption in Scotland is being caused by the smaller of two ash clouds from the volcano. The main cloud was causing minor disruptions around Scandinavia.

However Keflavik, Iceland's main airport, was due to reopen at 1800 GMT (2 p.m. EDT) Monday after being closed for almost 36 hours. Grimsvotn began erupting on Saturday.

Hjordis Gudmundsdottir, spokeswoman for the airport administrator Isavia, said the first flight to take off would be an Icelandair flight to London Heathrow.

"The outlook is good for Keflavik and other Icelandic airports in the coming 24 hours," said Gudmundsdottir. "We don't have a forecast for after that so we wait and see."

An Icelandic meteorological official said the eruption already appeared to be getting smaller, but Thierry Mariani, France's transport minister, said it was too early to tell whether air travel over Europe would be affected by the eruption.

Mariani told Europe 1 radio that the composition of the cloud will be examined in the coming days and if the ash is found to be harmful to airplanes, countries may take a joint decision to close part of Europe's airspace.

"The priority must always remain to ensure security," he said.

U.K. Transport Secretary Phillip Hammond told the BBC that Britain had equipment in Iceland analyzing the ash as it comes out of the volcano, and equipment in the UK that analyses the density of the ash.

"We won't see a blanket closing of airspace," he said.

The plume was drifting at a height of 6,000 to 10,000 meters (20,000 to 33,000 feet), the normal altitudes for passenger airliners, down from a maximum height of 50,000 feet Sunday, said Steinunn Jakobsdottir, a geophysicist at the Icelandic Meteorological Office.

The European air traffic control agency's models showed the main plume of ash gradually extending northward from Iceland over the next two days. The cloud is predicted to arch its way north of Scandinavia and possibly touch the islands off the northern Russian coastline within the next two days.

Eurocontrol said the smaller ash plume was not expected to move further east than the western coast of Scotland.

Some airline chiefs complained that regulators had overreacted by shutting much of Europe's airspace last year, stranding millions of passengers and causing big losses to airlines. But a study last month in the Proceedings of the National Academy of Sciences concluded the shutdown had been justified.

The possibility of disruption appeared to be affecting airline shares, which fell more than the market average. IAG, the parent company of British Airways and Iberia, closed down 5.1 percent on the day while Lufthansa shed 3.5 percent and Air France KLM fell 4.5 percent.