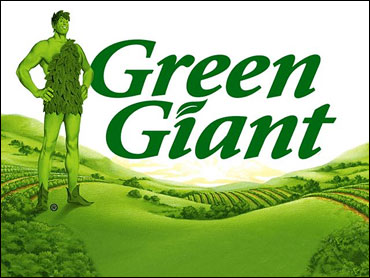 Elmer "Len" Dresslar Jr., who extolled generations of TV watchers to eat their vegetables as the booming voice of the Jolly Green Giant, has died. He was 80.

Dresslar died Oct. 16 of cancer, according to daughter Teri Bennett.

Dresslar was an entertainer and singer for nearly six decades. But his voice rang through millions of households when he sang the simple refrain, "Ho, Ho, Ho!" in an ad jingle for Green Giant foods.

"His was the most consistent and most frequent voice of the Jolly Green Giant over the years, the one consumers are going to recognize," said Tara Johnson, a spokeswoman for General Mills, which owns Green Giant Co.

Dresslar, a Kansas native, moved to Chicago with his wife in the early 1950s to study voice after touring with a production of "South Pacific." By the 1960s, the Navy veteran had carved out a career singing in clubs, on television and in advertising jingles.

He recorded 15 albums with The Singers Unlimited jazz group and appeared on the CBS television show "In Town Tonight" from 1955 to 1960. He and his wife, Dorothy, retired to Palm Springs in 1991.

Ad jingles were the most consistent part of his career, and he landed roles for Rice Krispies cereal, Marlboro cigarettes, Amoco oil and Dinty Moore canned beef stew.

He periodically re-recorded the "Ho, Ho, Ho" for Jolly Green Giant commercials, most recently about 10 years ago.

Bennett said her father auditioned for the Green Giant job without any idea his baritone would become so recognizable.

"He never got tired of it," she said. "If nothing else, it put my sister and I through college."