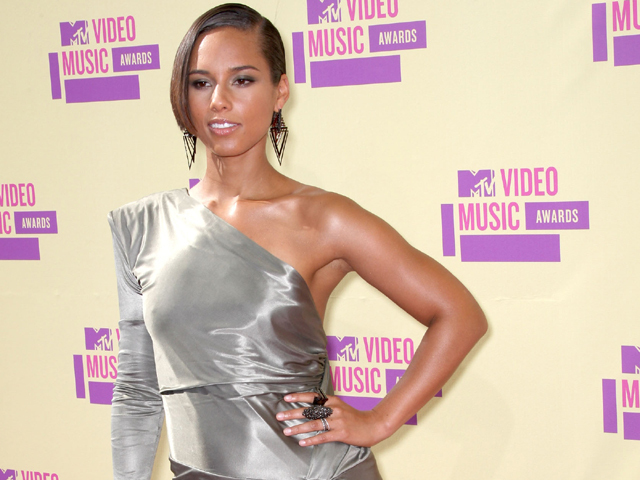 (CBS/AP) Did the babysitter back out on Alicia Keys and Swizz Beatz?

The Grammy-winning singer and her music producer husband were spotted during the MTV Video Music Awards with their almost 2-year-old son, Egypt.

In fact, the toddler was seen on TV, bobbing up and down on Beatz' lap during Pink's expletive-laden performance of "Blow Me (One Last Kiss).''

There was instant outcry on Twitter where several of Keys' fans noted that this is the bawdy, loud MTV VMAs, not the kid-friendly Nickelodeon Kids' Choice Awards. Others just tweeted about how cute Egypt was.

What do you think? Was this an appropriate show for a child?
View CBS News In