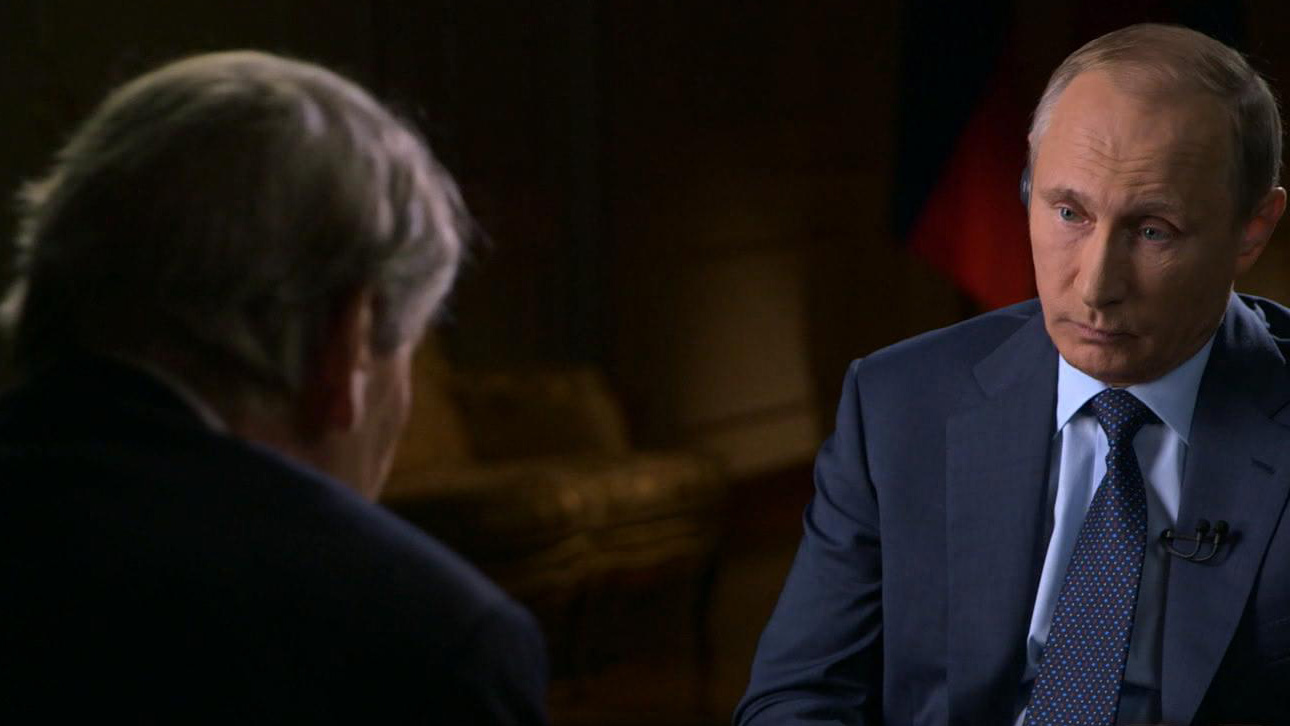 Putin just sent a fleet of Russian warplanes to prop up the Assad dictatorship. Some of them struck ISIS positions in Aleppo on Thursday.

Charlie Rose spent time with Putin while on assignment for "60 Minutes," and asked him about Russia's intentions in Syria.

Charlie Rose: So you would like to join the United States in the fight against ISIS? That's part of why you're there. Others think that while that may be part of your goal, you're trying to save the Assad administration because they've been losing ground and the war has not been going well for them. And you're there to rescue them.

Vladimir Putin (through translator): Well, you're right. And it's my deep belief that any actions to the contrary in order to destroy the legitimate government will create a situation which you can witness now in the other countries of the region or in other regions, for instance in Libya, where all the state institutions are disintegrated. We see a similar situation in Iraq.

And there is no other solution to the Syrian crisis than strengthening the effective government structures and rendering them help in fighting terrorism. But at the same time, urging them to engage in positive dialogue with the rational opposition and conduct reform.

Rose: As you know, some of the coalition partners want to see President Assad go first before they will support.

Putin: I'd like to recommend to them the following: They should send this message to the Syrian people. It's only the Syrian people who are entitled to decide who should govern their country and how.