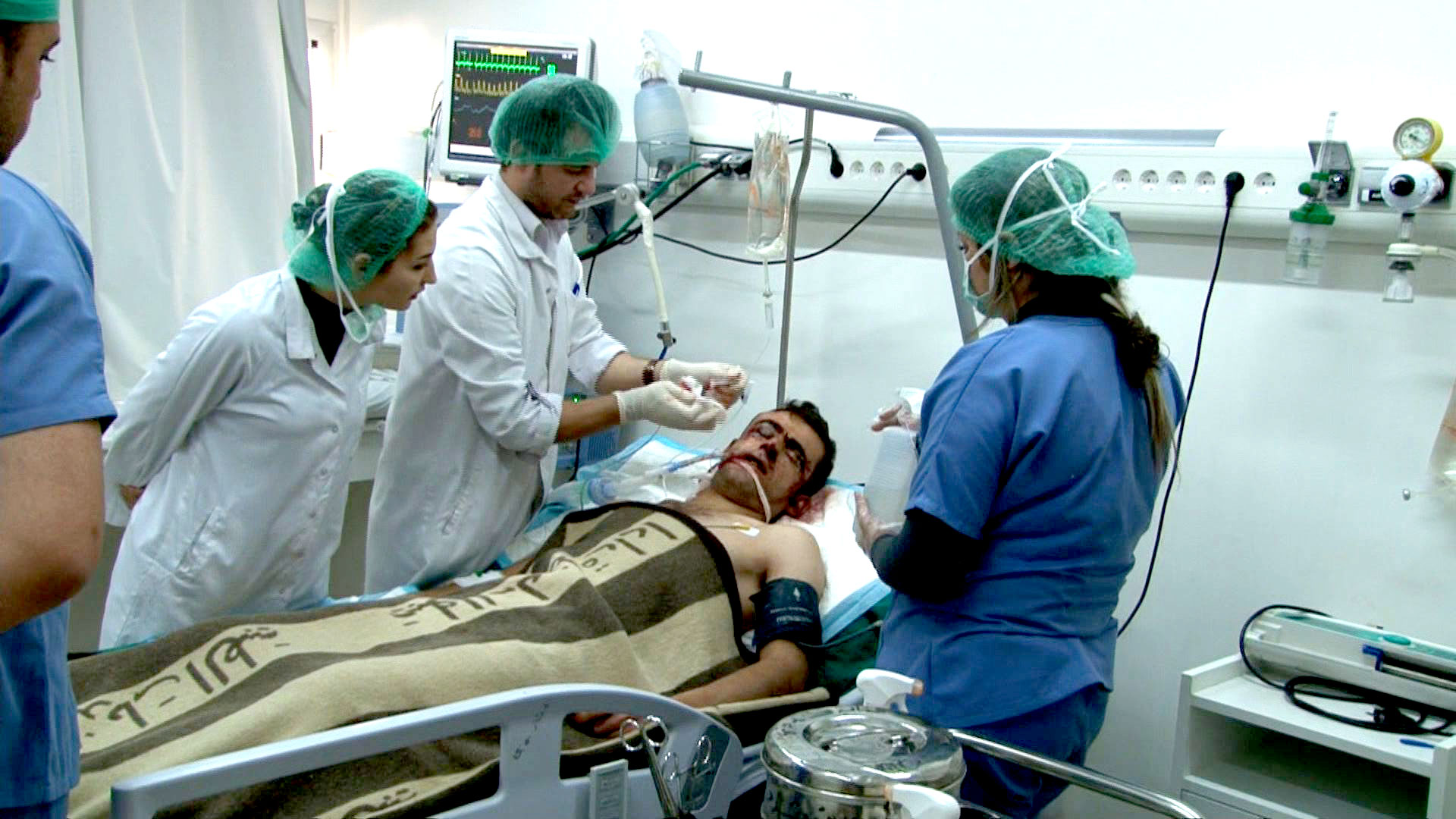 (CBS News) DAMASCUS, Syria - When the Syrians rose up, it looked like a mismatch. They had rifles against one of the largest armies in the region.

Towns have been turned into rubble and the rebels are in the suburbs of the capital Damascus.

It's rare for reporters to reach the war zone, but CBS News managed to get to the dictatorship's main military hospital to look at the damage being inflicted on Assad's army.

The Tishereen military hospital morgue in northern Damascus now receives between 20 and 50 bodies every day.

Most of them are soldiers, though some civilians end up here too.

One of the coffins belongs to Adnan Said, a civil servant who was 30 years old.

Outside, his brother and mother have just learned that that he was killed by a sniper on his way to work.

In the hospital's Intensive Care Unit, the men can't speak -- but their injuries do.

They are inflicted by rocket-propelled grenades, bombs and automatic rifles.

The injuries show the anti-regime fighters have -- for the most part -- simple weapons, but deadly aim.

Sixty percent of these patients have bullet wounds and -- in a sharply growing trend -- they were shot in and around the capital.

The fighting has now come so close to the main military hospital in Damascus that no one feels safe anymore, not even the medical staff.

Still, few in the hospital are prepared to admit that this is a civil war of Syrians against Syrians, least of all the wounded soldiers, who blame Islamist "terrorists."

One young soldier, waiting to have two fingers amputated after a rocket attack, insists troop morale is high, and his friend agrees.

When asked, then, why so many soldiers desert the army, he responded "sometimes they're forced to -- they tell me."

"Terrorists kidnap the soldier's family members and threaten to kill them otherwise," he said.

After the surgery, this soldier wants to go straight back to the fight.

The way things are going, the fight is on it way to him.