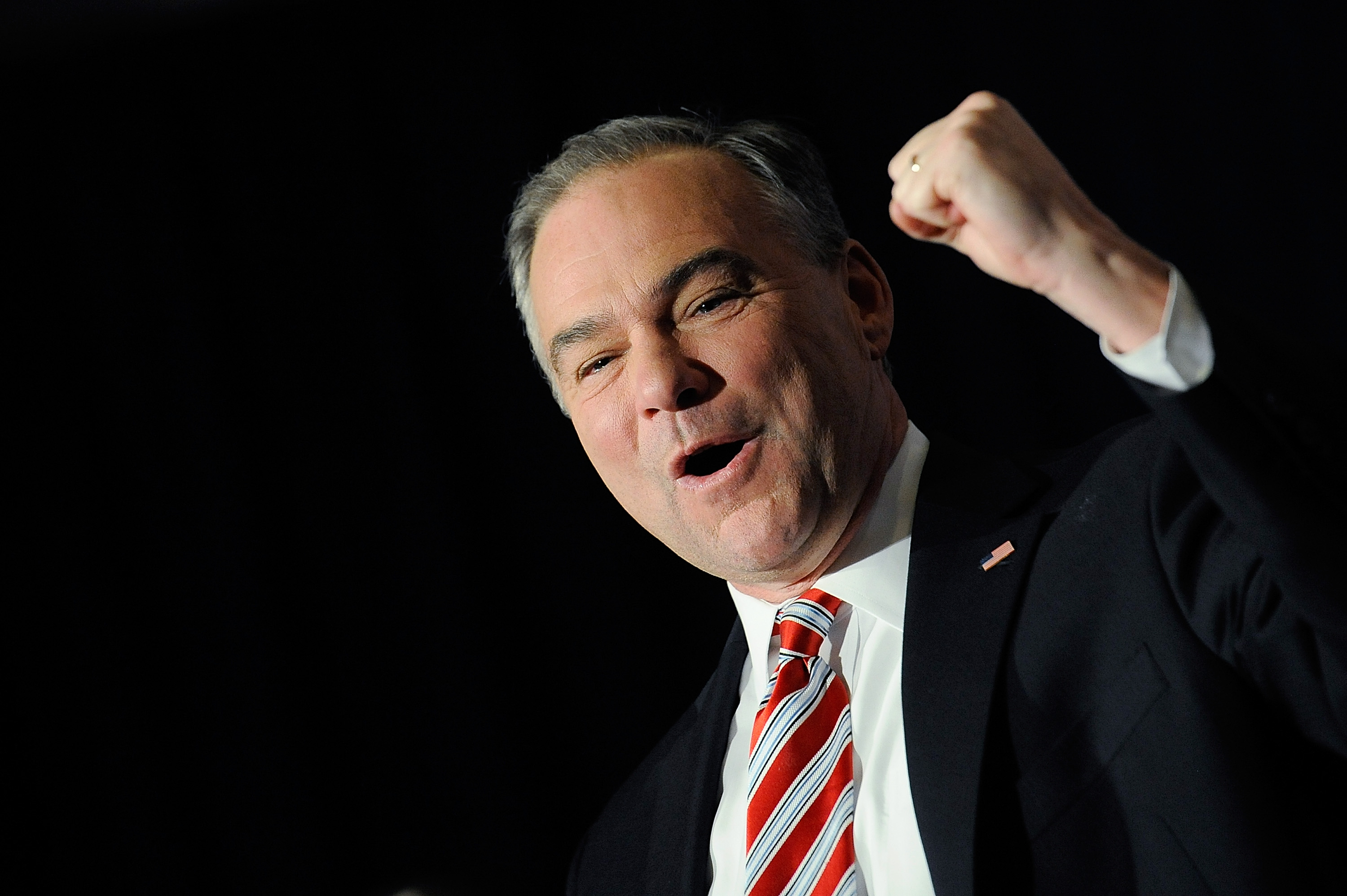 COLUMBIA, S.C. -- Hillary Rodham Clinton hasn't decided to enter the 2016 presidential race -- at least not yet. But Democratic Sen. Tim Kaine of Virginia said Saturday that it is never too early to start backing her.

Kaine told a Democratic women's breakfast in early voting South Carolina that Clinton has shown grace in handling all sorts of problems and attacks in 30 years of public life. He said the former secretary of state, senator and first lady has what it takes to be president.

"She's got the accumulated backbone and scar tissue and wisdom and judgment - all of those things that you need in a leader," Kaine said at the event, sponsored in part by the Ready for Hillary PAC.

Kaine is the latest prominent Democrat to back Clinton. She has led by wide margins in early presidential polls of Democrats.

He reminded the crowd he also supported President Barack Obama two years before his 2008 election. "I was and am proud that I was an early supporter of our great president," Kaine said. "I made my decision early because I knew something -- he was the right person for the job but getting there would be hard."

"I'm stating my support for Hillary Clinton today for the same reason," he added. "She's the right person for the job. I'll be starting my fifth year in the Senate on inauguration day 2017 and she's the partner I know I'll want to be working with in the White House on all fronts."

As she considers whether to run, Clinton's popularity among Democrats has essentially frozen the field of potential challengers, which could include Vice President Joe Biden, Maryland Gov. Martin O'Malley and former Montana Gov. Brian Schweitzer.

But Kaine told the crowd that Clinton needs as much support as she can get early because she has a higher wall to climb to be this county's first female president.

"If electing a woman president was an easy thing, it would have happened already," Kaine said. "If it were easy for women to achieve top leadership spots in this country, Congress would have more than 18 percent women serving. More than five percent of Fortune 500 companies would have a woman CEO. And women would be seated on more than a quarter of the federal benches across the country."

Clinton has said she will decide whether to seek the White House again later this year and plans to embark on a national tour in June to promote a memoir about her State Department years. She is expected to campaign for Democrats before the fall midterm elections.

Women are critical to Democrats because they back some of the party's most important issues, like raising the minimum wage, improving access to health care and improving education, Kaine said.

"You are our conscience," he said. "You hold us to the ideals that are supposed to be the ideals of our party."

South Carolina will be one of the first four states to vote in the 2016 presidential contests. Clinton had her poorest showing of the four in 2008 in South Carolina, where she received 27 percent of the vote, compared to Obama's 55 percent.

Kaine hinted that support from the 100 or so women at the tables would be critical if Clinton decides to seek the nomination.

"I would ask you to think about pledging your support right now," Kaine said. "So as Secretary Clinton thinks about whether or not to run, she knows that if she does she will have millions of us ready to take the field with her to make sure she wins."