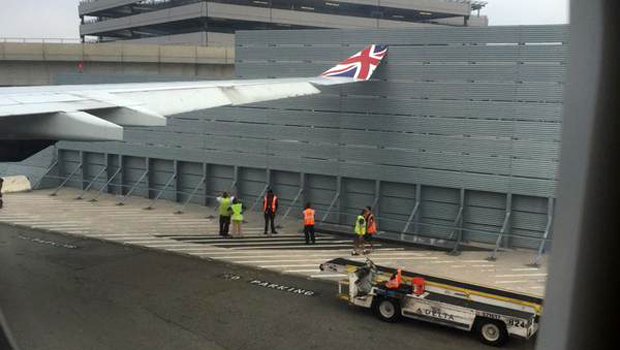 A Virgin Atlantic flight struck a blast fence at John F. Kennedy International Airport in New York Saturday as it was being pushed back from the gate.

No injuries were reported on the London-bound flight with 276 people on board, according to Steve Coleman, a spokesman for the Port Authority of New York and New Jersey, which runs the airport.

Coleman told CBS News that the airliner was was being pushed back from Gate 3 at Terminal 4 when the wing struck the blast fence.

A passenger on the plane tweeted about the incident.

Crews were working to free the plane from the fence, Coleman said.

There was no immediate effect on airport operations.