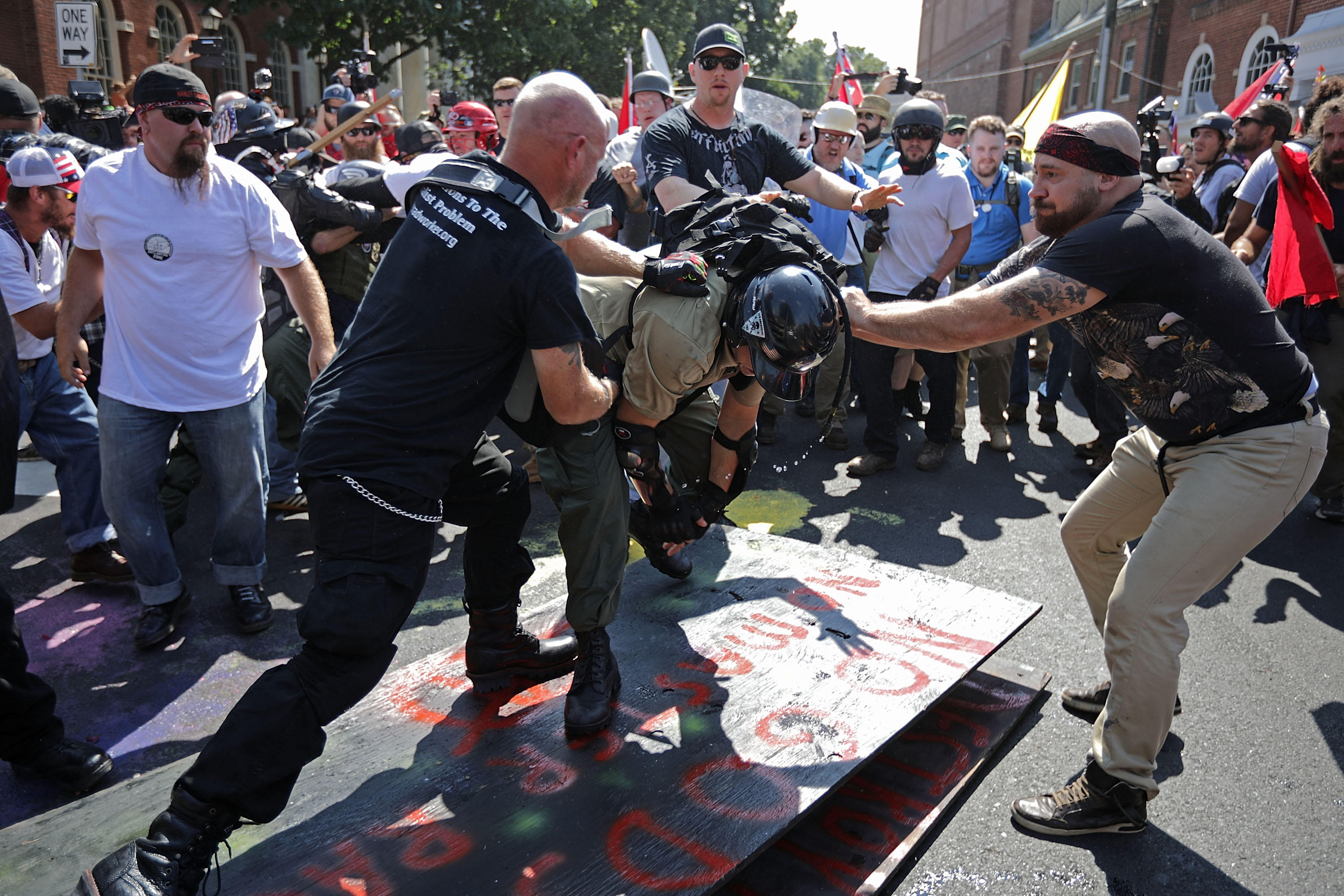 Faced with an angry backlash for defending white supremacists' right to march in Charlottesville, the American Civil Liberties Union is confronting a feeling among some of its members that was once considered heresy: Maybe some speech isn't worth defending.

Cracks in the ACLU's strict defense of the First Amendment no matter how offensive the speech opened from the moment a counter-protester was killed during the rally in Virginia. Some critics said the ACLU has blood on its hands for persuading a judge to let the Aug. 12 march go forward. An ACLU leader in Virginia resigned, tweeting, "What's legal and what's right are sometimes different."

"This was a real tragedy and we're all reeling," said Lee Rowland, a senior staff attorney at the ACLU's headquarters in New York City. "Charlottesville should be a wake-up call to all of us."

The backlash, reminiscent of one that followed the ACLU's 1978 defense of a neo-Nazi group that wanted to march through Skokie, Illinois, a Chicago suburb with a large number of Holocaust survivors, set off a tumultuous week of soul-searching and led to a three-hour national staff meeting in which the conflict within the group was aired.

An ACLU attorney says the organization will be very cautious going forward in representing armed protest groups in the wake of the violence in Charlottesville, Virginia.

What resulted from the backlash was an announcement that the ACLU will no longer stand with hate groups seeking to march with weapons, as some of those in Charlottesville did.

"If people are gathering armed to the hilt and hoping for violence, I think the ACLU would be doing damage to our free-speech rights in the long term," Rowland said.

The newfound limit on how far the nearly century-old ACLU is willing to go to defend free speech sets up intriguing choices in the months ahead. Will it intervene, for example, in the case of a white nationalist rally at Texas A&M that the university canceled after Charlottesville? The ACLU said it won't discuss when and where it might take a stand.

The seeds of upheaval in Charlottesville were planted when a judge agreed with the ACLU that white nationalists should be able to protest the removal of a statue of Confederate Gen. Robert E. Lee where the monument stands, instead of at a neutral site sought by city officials.

It was a position consistent with the ACLU's history of defending free-speech rights for protesters on all parts of the spectrum. But then James Alex Fields Jr. was accused of using his car to kill 32-year-old Heather Heyer and injure several others who were staging a counter-demonstration.

Within hours, a board member of the ACLU's Virginia branch, Waldo Jaquith, resigned and fired off a stinging tweet that ended with, "I won't be a fig leaf for the Nazis."

In an opinion piece in The New York Times, K-Sue Park, a race studies fellow at the UCLA School of Law, argued that the ACLU's defend-in-all-cases approach to the First Amendment "perpetuates a misguided theory that all radical views are equal," adding that group is "standing on the wrong side of history."

Virginia Gov. Terry McAuliffe went further, accusing the ACLU of creating a "powder keg" in Charlottesville. The ACLU of Virginia responded by saying it was "horrified" by the violence but didn't cause it.

"We do not support Nazis," it said. "We support the Constitution and the laws of the United States."

After the 1978 furor over the neo-Nazi rally in Skokie, which never actually got off the ground, the ACLU stood firm even as it received hate mail and hundreds of members quit.

The latest criticism of the ACLU has come from some of the same people who had heaped praise and donations on the organization for its resistance to President Donald Trump's travel ban. Membership surged from 425,000 to 1.6 million, with $90 million in online contributions, in the months since Mr. Trump's election.

"The ACLU has faced much worse before and emerged stronger and more dynamic," said Ron Kuby, a New York civil rights attorney. "Refusing to represent people who intend to march while visibly armed is a reasonable line to draw given what we've seen from the white supremacists."

ACLU member and Charlottesville resident Ira Bashkow said he never considered quitting the group but feels the disturbing episode in his city showed it has to rethink its "old-line" approach to the First Amendment.

"I believe in the right to free speech, but it doesn't mean (demonstrators) can say whatever they want and hold a weapon at the same time," he said.

Stacy Sullivan, an associate director with the ACLU, said that after Charlottesville, a small increase in people quitting as members or dropping off social media last week was made up for by new sign-ups.

She said the ACLU will not shy away from taking unpopular positions.

"If you can't stomach respecting the First Amendment rights of people you despise," Sullivan said, "you don't work here."