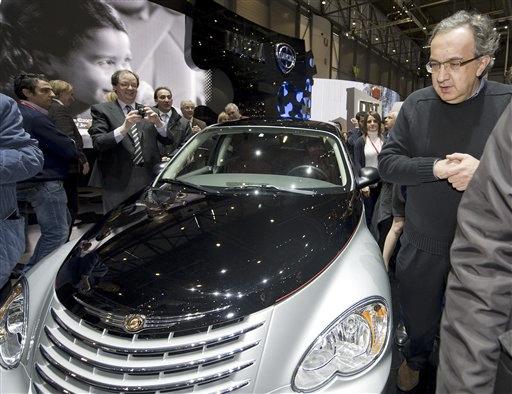 In dramatic, daytime raids on Gaza City's largest hospital, Palestinian vigilantes killed two men convicted of collaborating with Israeli intelligence, shooting them at close range hours after they were admitted for wounds suffered when a grenade exploded in their jail cell Monday.

The two had confessed during their trials to helping Israeli forces kill two top Islamic militants. While killing of suspected collaborators are common, the audacious military-style operations in broad daylight with hundreds of witnesses illustrated a progressive breakdown of law and order in the Palestinian territories.

The chain of events that ended in the killings of the two Palestinians began just after sunrise in the central prison at Palestinian security headquarters. Two grenades exploded in a cell where convicted collaborators were being held, wounding seven. They were taken to Shifa Hospital, where one died of his wounds.

Then, bizarre, wild-West scenes played themselves out twice in front of Shifa Hospital, the main medical facility in the city of about 300,000 Palestinians.

Around noon, five masked gunmen taking part in a funeral procession for three other militants killed in an overnight clash with Israeli forces broke away and raced into the hospital.

The five went straight to the room where Mahmoud al-Sharef, 52, was being treated for wounds from the grenade attack. They shot him twice in the head, killing him, and fled the building. Police detained one militant for questioning.

At least 20 armed militants raced to the hospital in four vehicles, witnesses said, screeching to a halt at the entrance. Most of the gunmen deployed on the street, closing it off, while five ran into the hospital.

This time their goal was the intensive care unit, where Walid Hamdiyeh, 42, was being treated. They shot him three times in the head and chest, killing him, and escaped.

In a statement, Hamas claimed responsibility for the grenade attack and Hamdiyeh's killing.

Al-Sharef and Hamdiyeh were considered the prime collaborators held in Palestinian custody because of their roles in Israel's killing of militants.

Hamdiyeh confessed during a 2002 trial to providing Israel with information that helped its forces kill Imad Akel, a founder of the Hamas military wing, in 1993.

Al-Sharef was convicted in 1999 of being involved in the killing of Mahmoud al-Khawja, the founder of Islamic Jihad's military wing, four years earlier.

As the Gaza hospital raids were unfolding Monday, the Palestinian political and security leadership was deep in discussions about growing lawlessness in the West Bank and Gaza.

The Palestinian Cabinet decided to replace 22 local police commanders in an effort to take back the streets from armed gangs of militants and criminals who have become the main force in many cities and towns.

From now on, said Palestinian Prime Minister Ahmed Qureia, "The Palestinian police will deploy on the streets with his uniform and his police car."

Reform of Palestinian security has been a key demand from Palestinian critics of Yasser Arafat's one-man rule. Israel and the United States consider such reforms as critical for progress toward a peace agreement.

Last week, Qureia withdrew a resignation letter after Arafat pledged to give him and his Cabinet control over law enforcement. However, Arafat keeps the reins over several of the main armed bodies, and skeptics doubt that anything has changed.

Cabinet minister Saeb Erekat said that before the Cabinet meeting, Arafat convened the directors of all the security arms and instructed them to restore order and the rule of law. "This was a very significant meeting," Erekat said.

In another development, Israeli Defense Minister Shaul Mofaz said Maaleh Adumim, the largest Jewish settlement in the West Bank with 28,000 residents, should be included on the "Israeli" side of the contentious barrier Israel is building in the West Bank.

Also, a government official said that approval has been given for 600 more housing units in the settlement — an apparent violation of the U.S.-backed "road map" peace plan, which bans such construction.

In Washington, State Department spokesman Adam Ereli criticized the plan. "We look forward to Israel abiding by that commitment and sticking by the road map," Ereli said.

Mofaz toured the latest proposed route for the barrier, brought closer to the 1967 line between Israel and the West Bank because of an Israeli Supreme Court decision ordering changes to limit hardships on Palestinians.

"I see Maale Adumim as part of Jerusalem that will form territorial contiguity with the capital," Mofaz said. The settlement is in the desert just east of Jerusalem.