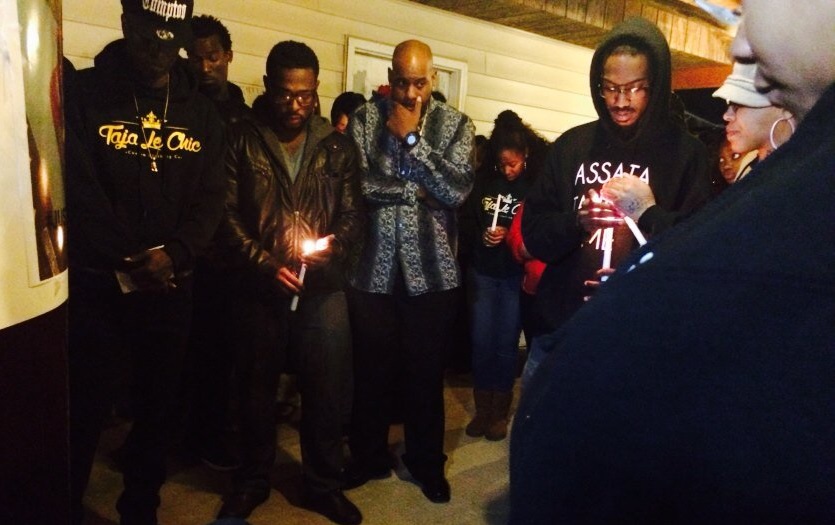 About 50 people attended the vigil, at the Lincoln Village Juvenile Detention Center, praying and shouting Gynnya McMillen's name as they called for answers. McMillen, 16, was found dead on Jan. 11, inside the cell where she spent her one night at Lincoln Village alone.

McMillen was placed in the cell on Jan. 10, at some point after a staff member used the martial art Aikido on her, because she refused to remove her sweatshirt, officials say. McMillen did not respond the next morning when food was offered at 6:30 a.m. and 8:30 a.m., or later when her mother called. But staff members did not check on her until 9:55 a.m., when a deputy arrived to bring McMillen to court. It was another 11 minutes before anyone attempted CPR, according to emergency dispatches obtained by 48 Hours' Crimesider.

Officials say McMillen may have died in her sleep.

"It's just so hard and, you know, we think about her last moments and it just breaks our heart. It really does," McDuffie said. "It was really hard listening to the 911 call. There was no sense of urgency."

McMillen was brought to Lincoln Village on Jan. 10 after she was charged with misdemeanor assault, following what police called a "domestic incident" at her mother's home in Shelbyville, Ky. Officials say a court-designated worker -- a Kentucky official who handles pre-court processing related to juveniles -- made the recommendation that McMillen be brought to a detention center.

It is not clear why McMillen was alone in a cell or how often she was checked on throughout the night. In Kentucky, youths in isolation must have video surveillance at all times. That footage has been turned over to investigators.

Kentucky Justice Cabinet Secretary John Tilley has requested the investigations be expedited along with McMillen's autopsy.