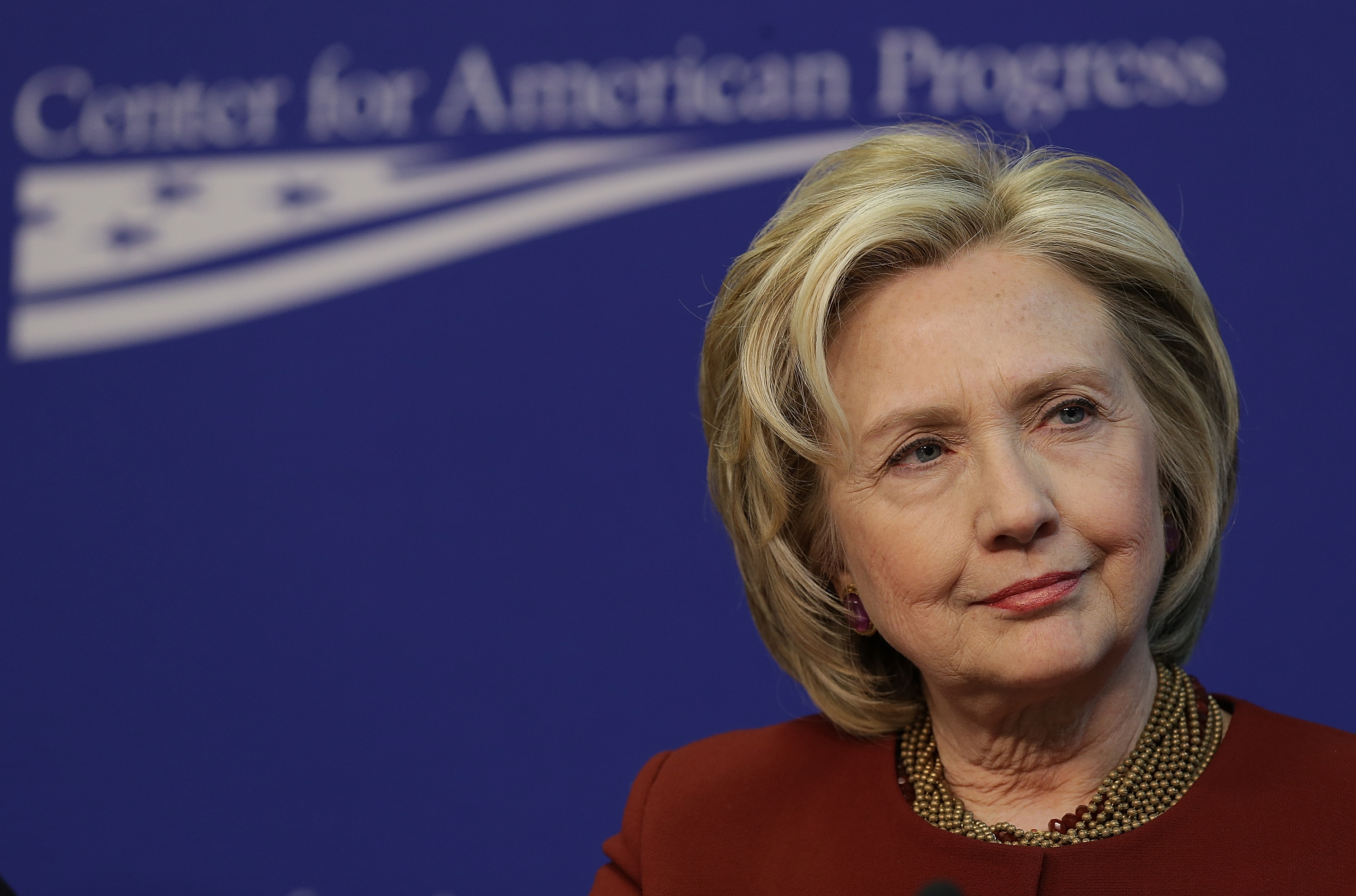 More generally, 26 percent of Americans now have a favorable view of Hillary Clinton, while 37 percent view her unfavorably; another third are undecided or don't have an opinion of her. As Clinton weighs a presidential bid, her favorable views are 12 points lower than they were in the fall of 2013, just months after leaving her position as secretary of state. Her unfavorable views have ticked up slightly, but the percentage that is undecided about her has risen eight points.

Clinton's highest favorable rating in CBS News polling occurred in March 2009, early in her tenure as Secretary of State, when 58 percent of Americans viewed her favorably. Clinton received her lowest favorable rating - 24 percent - in June 2003, soon after the publication of her memoir Living History.

Negative views of Clinton have risen among Republicans. Seventy-two percent hold an unfavorable view of her today, compared to 60 percent almost two years ago. Also, the percentage of independents who view Clinton favorably is now half of what it was in the fall of 2013. Many independents now say they are undecided or don't know enough about Clinton to have an opinion. Most Democrats (55 percent) continue to hold favorable views of Clinton but that percentage has dropped eight points since November 2013.

When asked to evaluate Hillary Clinton on some key characteristics, the public gives Clinton her most negative marks on honesty. Fewer than half - 42 percent- say she is honest and trustworthy, while more - 47 percent - don't think she is.

Clinton gets more positive assessments on leadership and empathy. Fifty-seven percent says she has strong qualities of leadership, while 38 percent don't think she does.

More than half of Americans (56 percent) think Clinton cares about the needs and problems of people like themselves, but that includes just 22 percent who say she cares a lot.

Democrats are especially likely to view Clinton positively on these attributes, while Republicans take the opposing view. Most independents think Clinton is a strong leader and half say she cares about their problems, but just 34 percent describe her as honest and trustworthy. Also, women hold more positive opinions of Clinton on these measures than men.

Members of Clinton's own party - 65 percent - say her motivations for using a private email were about convenience, but 62 percent of Republicans think Clinton was trying to keep information from becoming public.

Along similar lines, the public is divided on whether they find Clinton's explanation regarding her use of personal email and server for work satisfactory. Democrats are satisfied with her explanation, but Republicans are not. Independents are split.

A majority of Americans have heard or read at least some about Hillary Clinton's use of a personal email address and server for her work as Secretary of State, although Republicans are more likely than Democrats or independents to have heard or read about it.