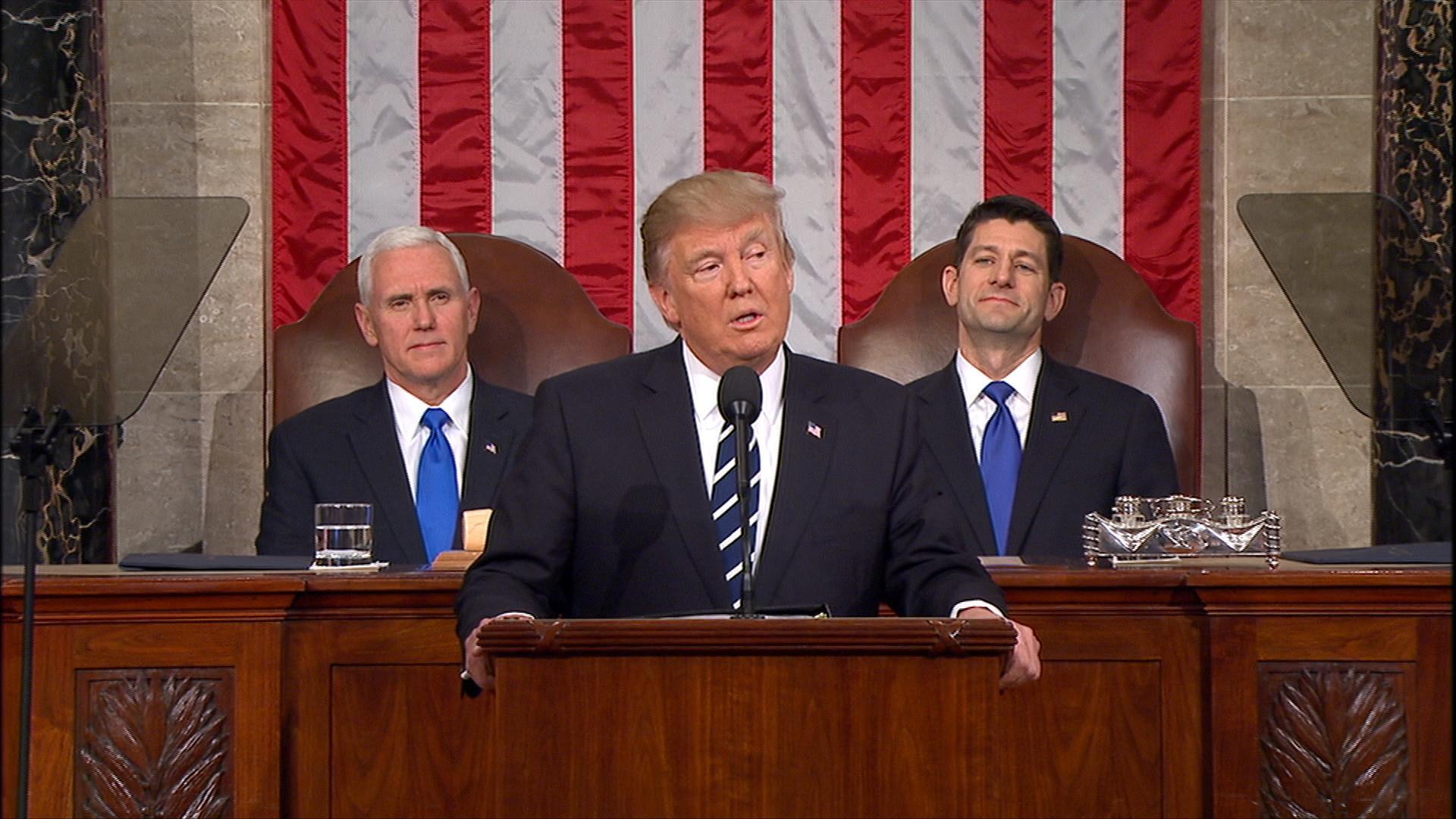 Who was that calm, composed man, and what has he done with Donald Trump?

That may have been the most common reaction from the viewers of the president’s address to Congress on Tuesday night.

Those looking for fireworks came away empty. What they witnessed instead was a poised and on-script president, an image some said was as stunning at this stage as any outrageous statement.

Mike Mullowney, of Boston, who did not vote for Trump, sat down with his family to watch “a complete circus” and was instead shocked to find the president acting, well, presidential.

“I am blown away,” Mullowney said.

The message was the same as ever: Loud, clear condemnation of “radical Islamic terror” and immigrant criminals. And he asserted plenty of facts his detractors could attack. But the delivery made a big difference for some.

Many viewers said “Teleprompter Trump” had come out and “Twitter Trump” was put away.

“He really sounds like he’s got a plan,” Mullowney said.

But others weren’t buying that the change would be permanent -- or even last until tomorrow.

“It was designed to hit the reset button and he did a fairly good job, and he didn’t go off script too much,” said Donald Stotts, 40, of Richmond, Virginia, who owns a startup that’s trying to stem electronic waste and also did not vote for Trump. “But I know when I wake up I’m going to see the tweets and the craziness.”

Staunch Trump supporters who fought to elect the ferocious rally speaker were mostly fine with the more scripted president, too.

Kim Jurincic was among some 20 Trump supporters who watched the speech at a pizza-and-viewing party in the Detroit area.

“He was presidential tonight. He had to be,” said Jurincic, a devout supporter who added that she campaigned for Trump from her hospital bed after suffering a heart attack in August.

Cass Connolly, a 71-year-old attorney, said Trump is “getting better at” speech-making. “He’s getting more comfortable.”

His more lukewarm supporters expressed hope that the chilled-instead-of-fiery Trump might win over more of the center.

“I thought his calmer demeanor really helped to sell the message to those who are against him,” said 18-year-old Jared Stafford of Murrieta, California. “Putting on that calmer attitude brings along a sense of respect and a genuine desire to cooperate as opposed to the Trump attitude we’re used to where he’s always on the attack.”

Yet some craved the red meat that makes Trump Trump.

“During the campaign, Trump was probably intentionally bombastic,” Matt Maddock, 50, said at the Michigan party. “It’s probably good for him to appear more presidential, more statesman-like, now. But there will always be a part of him that’s bombastic, and I like that.”