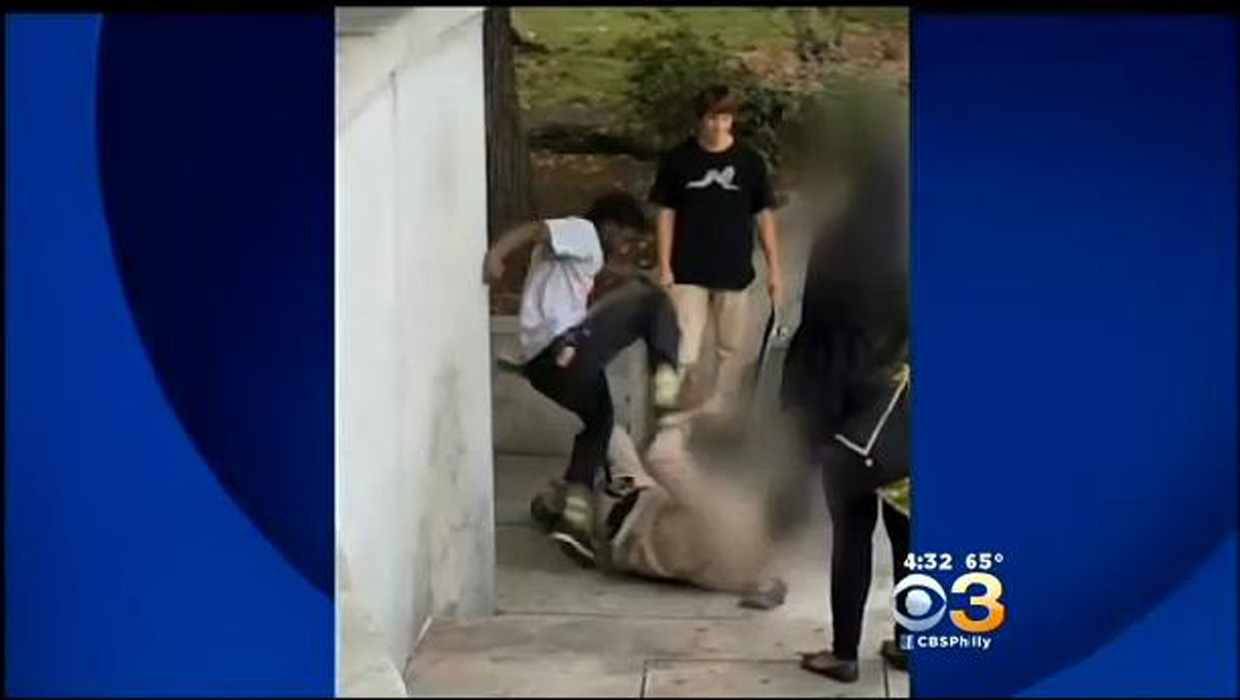 PHILADELPHIA - A park ranger is recovering after being brutally beaten while on duty at a park in central Philadelphia, reports CBS Philly.

According to the Philadelphia Police, the unidentified 35-year-old ranger saw several young men skateboarding in the city's Love Park on Friday evening. The station reports the ranger used his radio to call his supervisor and then approached the men to tell them they weren't allowed to skate in the park. One young man allegedly refused to leave and began swearing and threatening the ranger.

Video of the incident shows the young man wrestling the ranger to the ground, according to CBS Philly. The assailant stomps on the ranger and repeatedly kicking him in the head. He also appears to spit on him.

"[The ranger] was just talking to them nicely," Mariano Verrico, who recorded the attack, told the station via Skype interview. "The one kid who did the attack was saying something like, 'I've been waiting for this moment' or something, so I don't know if something happened prior, but I don't think there was going to be any reasoning with them that day. He just wanted to do what he wanted to do and that was it."

Two other skateboarders who were with the attacker can be seen in the video taunting the ranger, the station reports. One of them is videotaping the incident himself.

"The other kid on the left side [of the video] holding the skateboard just constantly was... saying nasty things to the ranger as he is on the ground just defending himself," Verrico said. "He went as far as, you know, using slurs against the park ranger."

The three men in the video fled after the attack.

Faces of two of the men involved are clearly visible on the videotape. CBS Philly reports police are currently searching for them.