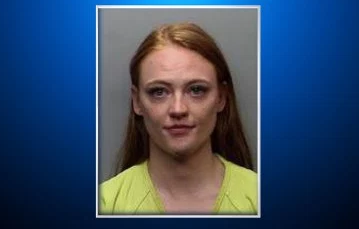 FORT COLLINS, Colo. -- Video of a police officer taking a woman to the ground went viral on social media over the weekend, CBS Denver reports.

The video, which was taken outside a bar and grill, shows 22-year-old Michaella Surat being thrown to the ground by a Fort Collins Police Services officer.

Those who know Surat told CBS Denver she may have been celebrating her birthday when the arrest occurred. The video only shows the takedown, and not what lead up to the arrest.

Police were attempting to break up a fight when Surat shoulder checked an officer, according to police. Police said Surat was told to leave when she struck an officer.

Police said the technique used to take Surat down was “standard arrest control.”

Surat was taken to the Larimer County Jail where she was charged with third-degree assault and obstructing a peace officer.

On Saturday, days after the video was filmed, many were overheard discussing the arrest near Old Town, where the incident occurred. Many told CBS Denver that the video was not enough to help them choose a side.

“(Watching the video) was a little shocking, just purely from the size difference from the cop and the girl,” said Jason Pocalyko, a Fort Collins resident.

“It did seem a little excessive,” he said, adding, “You can’t hear the video, and what is happening in it.”

“I don’t want to make a judgement before I know all the information,” he said.

“You definitely need to know the whole story about why the cops were originally talking to her,” said Meredith Winslow, a Fort Collins resident.

CBS Denver reached out to Surat for comment, and an explanation of her side of the story. Request for comment via phone calls and texts were not returned.

While eyewitness video only captured what happened as officers took Surat to the ground, body camera video from the department should be presented in court.