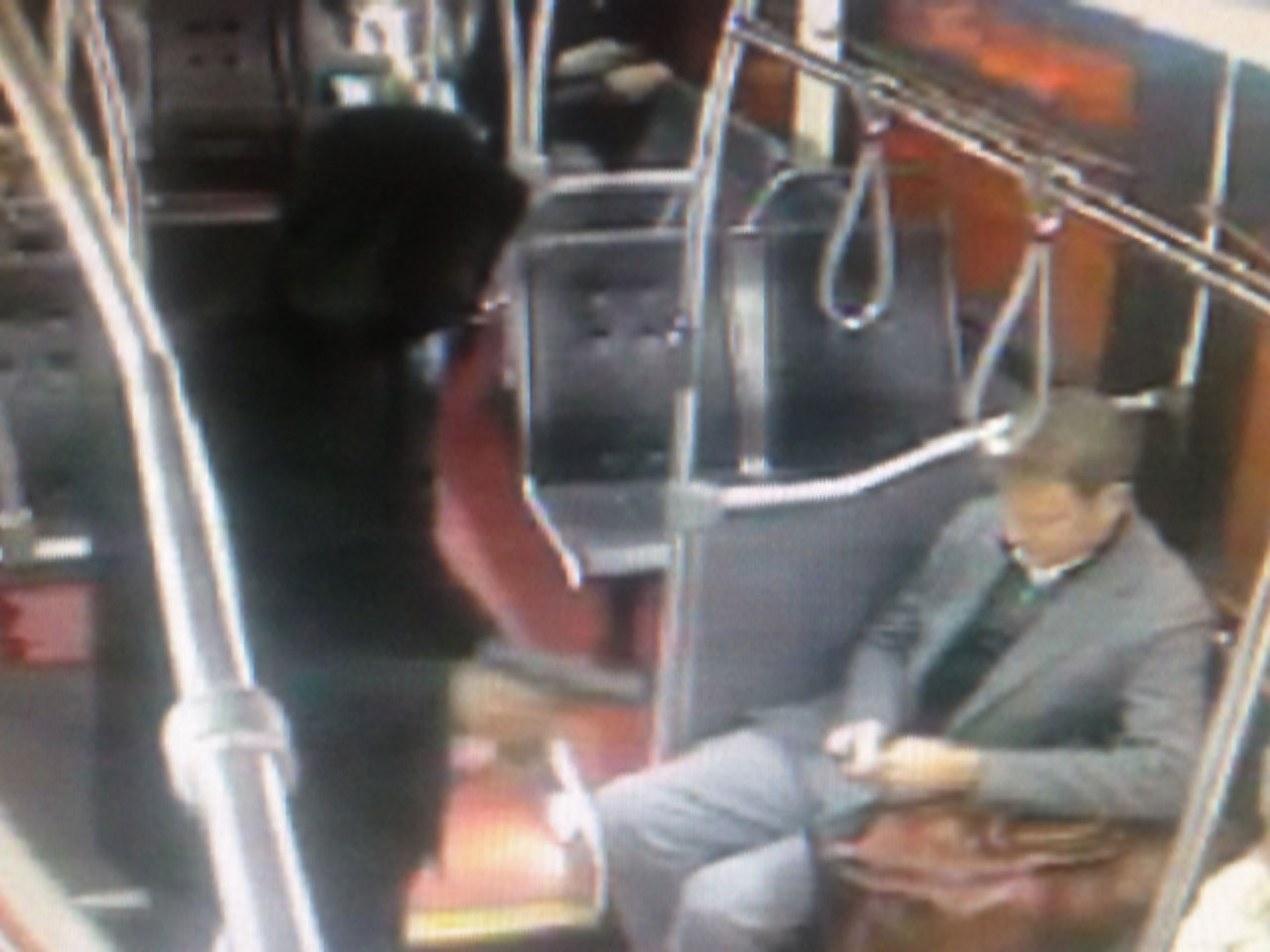 SEATTLE - Surveillance video from a Metro bus in Seattle shows the dramatic takedown of an armed man who was robbing passengers of their phones.

The video from Nov. 25 is evidence in the case against 19-year-old Trevonnte Brown of Seattle. He pleaded not guilty on Monday to robbery charges and is jailed with bail set at $350,000.

The video shows the robber, wearing a black coat with the hood up, taking phones before pointing his gun in the face of one man who pushes it away and fights back. Other passengers jump in and subdue the man.

One of the passengers who was robbed, Chris Briggs, told KOMO he initially said no but handed over his phone when he was jabbed with the gun.

After another passenger scuffled with the robber, Briggs jumped in to help hold him.

The video shows there were two children caught in the middle of the struggle.

Police said Brown is also suspected of stealing a cellphone from a passenger at a bus stop, reports CBS affiliate KIRO.

If he is convicted of all the charges, he could reportedly face more than 15 years in prison.