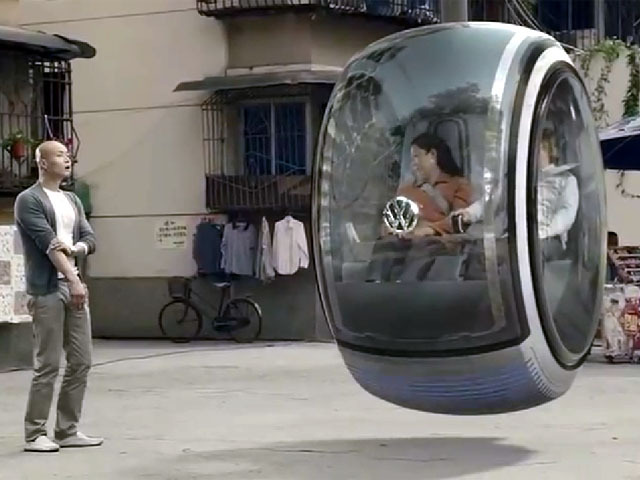 (CBS News) Concept cars never really reflect the vehicles that end up driving on the road. They overreach. They show us what cars could, conceivably, be one day. So don't get too excited about this Hover car Concept from Volkswagen. Well, maybe get a little excited. It is a hover car, after all.

Volkswagen, which translates to "people's car" in English, challenged China residents to submit their ideas of what the car of the future should look like. The company sifted through more than 119,000 ideas submitted to the project website and compiled three concepts, including the Hover Car.

The Hover Car is a two-seater zero emissions vehicle that hovers above ground and travels along electromagnetic road networks. It can detect other vehicles on the road while navigating China's congested traffic centers, and its small footprint makes it easy to park.

It is farfetched, sure. But maybe not as much as you'd think. Automotive designers around the world have pushed for electromagnetic highways. A group at Stanford University has been working on the design of a true electric highway. A true hover car may be far away, but maybe not that far.