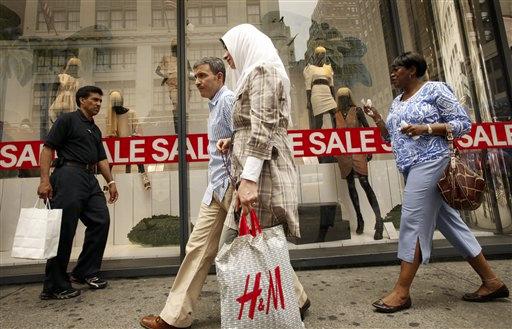 But a small cadre of entrepreneurs at the world's largest technology exposition hope their gizmos make you work up a sweat.

Company executives insist that "exergaming" or "exertainment" — the marriage of physical exercise and video gaming — is becoming a hot new niche, and the most bullish aficionados say it might even help reduce the nation's obesity epidemic.

The PlayZone was tucked into a back corner of a tent outside the main convention center, far from the gargantuan exhibits by Samsung, Sony, Panasonic and other popular brands.

Although scents reminiscent of a gym sometimes wafted out of the zone, the jam-packed area was popular with retailers and analysts. Six exhibitors — many startups new to CES — showed off digital putting greens, optical sensors in miniature dance floors, biofeedback devices and cutting-edge workout contraptions.

Moving the hand controls while trying to stand up straight on the $800 machine requires extensive flexing of the muscles in the arms, back, abdominal area and thighs.

But most of the PlayZone devices, often played on PlayStations and Xboxes, didn't feel like exercise at all — exactly what many exertainment companies like to hear.

"The most common question I get is, 'How is this exercise? I just don't see how this is a workout,"' said Abigail Whitting, customer support manager for Kilowatt, which won a CES innovation award. "But it will tone you. It is a workout."

Some exertainment executives say their gizmos can help trim the nation's expanding waistline — especially among children, who might be tricked into working out if they think they're merely playing a video game.

"If anything can get your kids off the couch, this is it," said Shawn Clement, North American sales manager for Electric-Spin Corp., the Canadian maker of the $249 "Golf LaunchPad." "The whole idea is to get physical, not get lazy."

LaunchPad includes a small putting green with optical sensors within the turf and a tethered, regulation-weight ball that players knock off a standard tee. Players use their own clubs.

Its software has a swing analysis to measure the ball's speed, curve path and other statistics based on the club's trajectory. Serious players may disconnect the tether and use a real ball at an outdoor course, then get real-time analysis of each swing from a laptop computer.

"This is a great way to promote activity," Clement said. "It's not just your average video game."

But medical experts are skeptical. Although they applaud manufacturers for getting people off the couch, they caution against relying on technology alone to slim and tone the record number of out-of-shape Americans. They say individuals, communities, private industry and governments should work together to tackle the problem.

"These video games are certainly helpful but they're not going to solve the obesity epidemic because it's simply too overwhelming," said Frank Hu, a professor of nutrition and epidemiology at Harvard.

Hu authored a study published last month of 116,500 women, finding that people who were physically active but obese were almost twice as likely to die as those who were both active and lean. The Harvard report contradicted a popular notion that exercise alone — regardless of weight or diet — is enough to maintain a healthy lifestyle.

But experts' pessimism didn't dampen enthusiasm of Jason Enos, product manager for Konami Digital Entertainment, who soaked through his T-shirt after hours of demonstrating his company's smash hit, "Dance Dance Revolution." Players tap their feet to the correct circle on a floor pad, based on cues on the screen.

Advanced levels require fancy footwork, but players work up a sweat even on the easiest level. Players may enter height and weight to determine calories burned per minute, and they may compete against 15 other people worldwide.

Since December 2003, the Japanese company has sold more than 2 million copies of the game — a teen phenomenon at Japanese and American arcades in the early '90s — for Sony Corp.'s PlayStation systems. The software and plastic floor mat sell for $60.

"It's definitely a workout, and it's not nearly as boring as a stationary bike," said Enos, wiping sweat from his brow. "It breaks the mold of the passive video game genre."