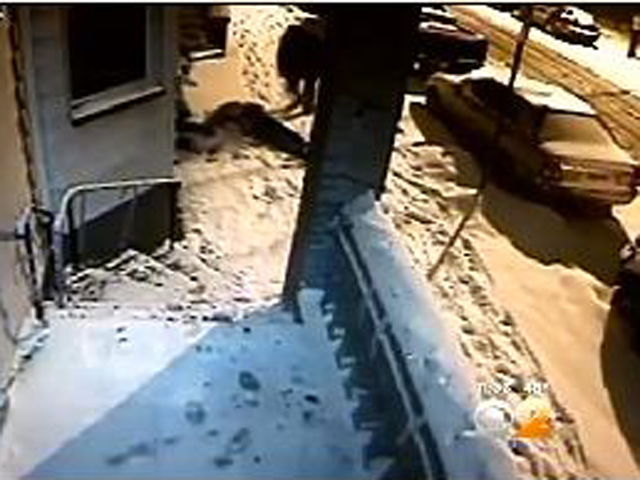 NEWARK, N.J. – A 36-year-old man and his mother were assaulted and robbed by three men while walking down a street in Newark Saturday in an attack that was caught on surveillance video, according to CBS New York.


In the video, the victims are seen walking in the snow on a sidewalk when 66-year-old Olga Patrone falls to the ground after being punched by one of the attackers. The suspects then looked for cash and a cell phone in the woman’s purse before turning to Pablo Patrone and beating him to the ground.

The suspects also reportedly grabbed a bag of groceries before fleeing.

Residents of the home from which the video was captured are seen walking outside, one armed with a shovel, right after the mugging.

Pablo Patrone, a carpenter, told the station he has lived in Newark for 15 years and his mother was visiting him from Uruguay.

The suspects remain at large.