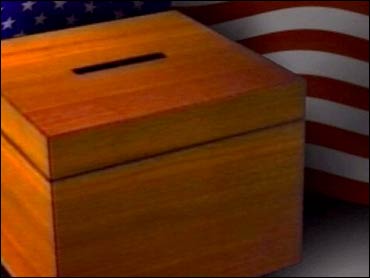 The Senate voted Thursday to give the federal government a bigger role in elections in the wake of the disputed Florida presidential vote two years ago and in addressing voter fraud.

The bill, passed on a 99-1 vote, would require states to check identifications of first-time voters and keep statewide registration lists. It also would send states $3.5 billion in federal grants to upgrade election equipment and procedures.

The House in December passed its own version with fewer federal controls. Negotiators must now find a compromise before Congress can send it to President Bush.

"Each and every American citizen deserves to have an equal opportunity to cast a ballot and to have that vote counted. Thankfully, this measure will do exactly that," said Sen. Chris Dodd, D-Conn., one of the bill's authors.

The bill is intended to prevent a recurrence of the balloting problems that marred the 2000 election between George W. Bush and Al Gore, delaying a decision in the presidential race until 36 days after Election Day.

It includes mandates that states improve their voting systems — something Democrats had pushed. But it also includes stiff anti-fraud provisions written by Republicans.

The anti-fraud provisions were the GOP's response to instances in the 2000 election such as occurred in Missouri, where a dead alderman and a dog were registered to vote in the last federal election.

"This legislation recognizes that illegal votes dilute the value of legally cast votes — a kind of disenfranchisement no less serious than not being able to cast a ballot," said Sen. Kit Bond, R-Mo.

It would require first-time voters who register by mail to prove their identities with photo IDs, utility bills or some other documents.

In Oregon and Washington state, which have vote-by-mail systems, voters could write their driver's license number or the last four digits of their Social Security number on forms when they initially register to vote. No further documentation would be needed for mail-in voting.

The $2.6 billion House bill, which passed in December, sets some minimum standards, but allows states to develop their own improvements. The Senate version mandates that states enact certain changes.

Civil rights groups have lobbied heavily for the Senate version, but state and local governments prefer the House bill.

The White House has already signaled its support for some sort of election overhaul bill. President Bush included a $400 million down payment in his budget proposal for next year to go toward an eventual $1.2 billion fund for state and local governments to use.