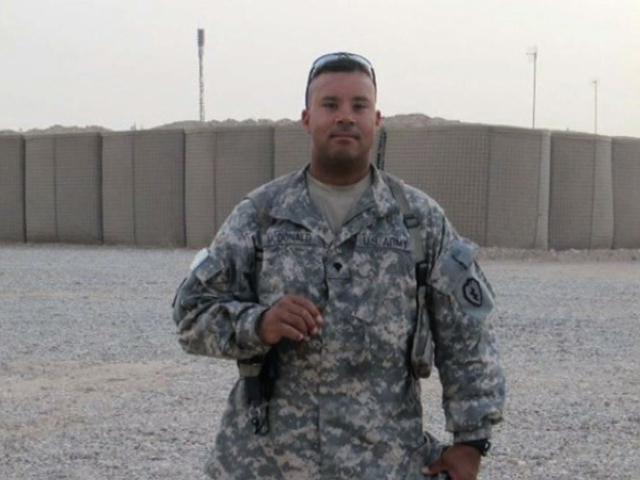 (CBS News) Veterans by the tens of thousands have come home from Iraq and Afghanistan with injuries suffered on the battlefield. Many of them seek treatment at Veterans Affairs hospitals. Now a CBS News investigation has found that some veterans are dying of accidental overdoses of narcotic painkillers at a much higher rate than the general population -- and some VA doctors are speaking out.

His wife Heather said over the course of a year, VA doctors in Columbus, Ohio prescribed him eight pain and psychiatric medications.

"It just got out of control," said Heather. "They just started pill after pill, prescription after prescription...and he'd come home with all brand-new medications, higher milligrams."

Then a VA doctor added a ninth pill -- a narcotic called Percocet. Later that evening, Heather came home from work and found Scott disoriented on the couch.

"And I asked him," Heather recalled, "'You didn't by chance by accident take too many pills, did you?' And he's like, 'No, no. I did what they told me to take, Heather.' I popped a pillow under his head and that's how I found him the next morning, exactly like that."

McDonald wasn't breathing. The coroner's report ruled his death accidental. He had been "overmedicated" and that he died from the combined effects of five of his medications.

"There's an overuse of narcotics," Dr. Phyllis Hollenbeck, a physician at the VA medical center in Jackson, Mississippi. "It's the first reflex for pain."

Hollenbeck raised her concerns with the federal government about the VA's practices about prescribing narcotics.

"The people in charge said, 'We want you to sign off on narcotic prescriptions on patients you don't see,'" she said. "I was absolutely stunned. And I knew immediately it was illegal. It works on the surface. It keeps the veterans happy. They don't complain. They're not coming in as often if they have their pain medicine. And the people in charge don't care if it's done right."

CBS News obtained VA data through a records request which show the number of prescriptions written by VA doctors and nurse practitioners during the past 11 years. The number of patients treated by VA is up 29 percent, but narcotics prescriptions are up 259 percent.

A dozen VA physicians who've worked at 15 VA medical centers told us they've felt pressured by administrators to prescribe narcotics and that patients are not being properly monitored.

"I have seen people that have not had an exam of that body part that they're complaining of pain in for two years," said a doctor who presently treats pain patients at the VA and had asked not to be identified. "It's easier to write a prescription for narcotics, and just move along, get to the next patient."

"We're letting people come in and prescribing massive doses of narcotics and they also are on drugs for mental health problems," the doctor continued.

By giving those kinds of quantities of pills, one might assume that requires a rather close eye being kept on the patient. "You would think so. But it isn't the case," said the doctor.

We gathered data from five of the states with the most veterans. We found they are dying of accidental narcotic overdoses at a 33 percent higher rate than non-veterans.

Dr. Robert Kerns is the director of pain management for the VA nationwide. "We're faced in this country with an important health crisis that we're talking about today related to prescription drug abuse," he said. "But we have a similar crisis with chronic pain in the way that it's managed in this country."

Kerns said the VA is taking action to ensure that both patients and providers are aware of the risks and benefits of narcotics. "Providers are trained to have a thoughtful discussion with their patient to share concerns about the limited potential benefit of these medications," he said, "but also these risks that we are talking about today."

Heather McDonald said she plans to sue the VA.

"He never should have been taking those many pills," said Heather of her late husband. "But he trusted his doctors. My husband served honorably and with pride and dignity-- not to come home and die on the couch."

The VA declined to talk to CBS News about the specifics of the McDonald case and this story. But Kerns, with the VA, had a couple of points he wanted to make.

First, while narcotics -- opioids like Percocet -- are not a last resort, they're not the first-line treatment either.

Secondly, if one looks at the statistics, the number of veterans with chronic pain being treated with opioid therapy is relatively small.