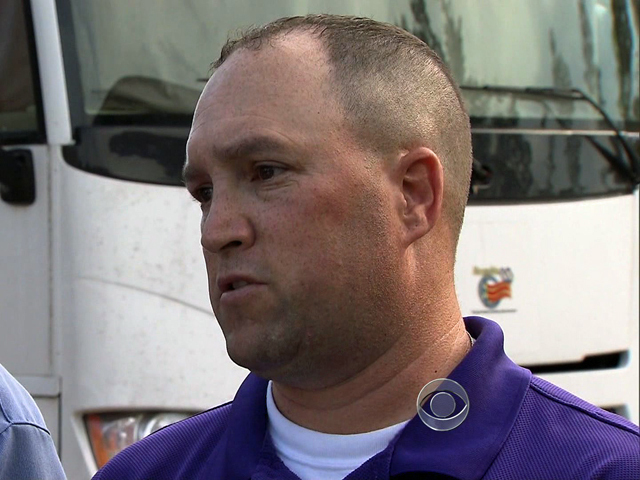 (CBS News) WASHINGTON -- As far as the government is concerned, the war in Iraq is over. Afghanistan is winding down. But the battle is not over for nearly a million veterans of those two wars who receive treatment at VA facilities. The problem is there aren't nearly enough clinics.

Deron Santiny is an Iraq War veteran who resents what he calls the "camper": a 30-foot RV in a Lake Charles, Louisiana parking lot which the Veterans Administration uses as a clinic. It has one primary care doctor but no specialist.

So what does Santiny think about the RV?

"I think it's pretty pathetic," he said. "Because you have guys that live here, fought for their country, did everything that was asked of them. And they come back and get seen in a mobile home."

Santiny needs specialty care for the brain injuries he suffered in an IED explosion. But those VA doctors are either a 90-minute drive away in Alexandria, La., or three hours away in Houston, Texas.

The VA asked Congress for funds to replace the RV this year with a full-service clinic, but the money was blocked.

"The veterans are being put on the back burner, for lack of a better term, for political reasons," said Santiny.

The Lake Charles clinic is one of 27 VA facilities nationwide that Congress has put on hold because of a disagreement over accounting. Typically the VA rents clinic space from developers -- and Congress pays the bill every year. But last fall, the Congressional Budget Office studied the VA rental agreements for the first time and concluded the clinics were government purchases, not rentals. Because of the ruling, the VA had to count 20 years worth of lease payments against this year's budget alone. The ruling was a budget buster and forced the VA to stop the clinics.

"I vehemently disagree with that," Congressman Charles Boustany of Louisiana, who represents Lake Charles, said of the ruling.

Boustany says the clinics are clearly rentals. Not building them, he said, delays medical care for more than 13,000 veterans just in his district.

"We need the flexibility to make sure the health care for our veterans is local -- where they need it and when they need it," he said.

The 27 clinics put on hold were supposed to serve 340,000 veterans, most of them in rural areas where no clinic often means no care.

Outside the RV, former Marine Kelly Boussard said he often cancels his treatment for PTSD because of the two-hour drive.

"That means I have to find a babysitter for my kids," he explained. "My wife works. If she stops working that day for me to go to the doctor, we lose money on that. It's just too far for us to drive."

Nine months after Congress first learned this was a problem, the clinics are still on the drawing board and the veterans still wait.