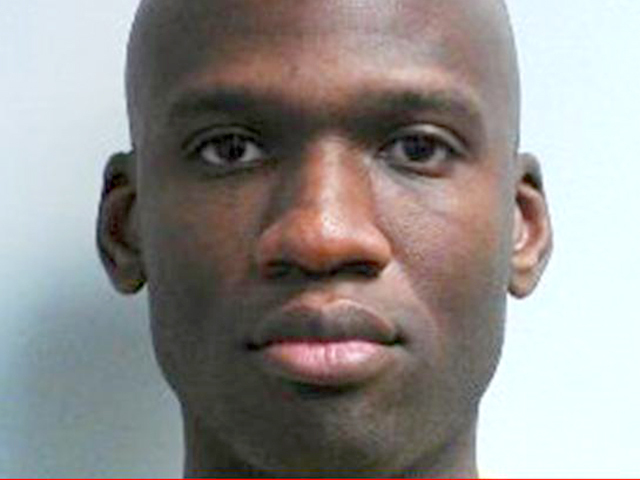 Less than a month before he went on the shooting rampage that killed 12 people, Washington Navy Yard gunman Aaron Alexis twice visited U.S. Department of Veterans Affairs medical centers to seek treatment for insomnia but, when asked by doctors, he denied having thoughts about harming himself or others, the department said Wednesday.

A statement released Wednesday by the VA said Aaron Alexis was treated on August 23 in Providence, R.I. and on August 28, in Washington, D.C. Both times, the VA says Alexis was given medication to help him sleep and instructed to follow up with a primary care provider.

"On both occasions, Mr. Alexis was alert and oriented, and was asked by VA doctors if he was struggling with anxiety or depression, or had thoughts about harming himself or others, which he denied," the statement said.

The department said that Alexis, a former member of the Navy Reserve, had a 30 percent disability rating based on orthopedic problems and tinnitus.

Last month, Alexis complained to Rhode Island police that people were talking to him through the walls and ceilings of his hotel rooms and sending microwave vibrations into his body to deprive him of sleep.

The police account, contained in an Aug. 7 report from Newport, Rhode Island, police, adds to the picture that has emerged of an agitated and erratic figure whose behavior and mental state had repeatedly come to authorities' attention but didn't seem to affect his security clearance.

Alexis also apparently managed to exploit seams in the nation's patchwork of complicated gun laws designed to keep weapons out of the hands of dangerous people. He was able to buy a shotgun in Virginia with out-of-state identification, even though that would have prevented him from buying a handgun.

Alexis, a 34-year-old information technology employee at a defense-related computer company, used a valid pass Monday to get into the Navy Yard and then killed 12 people before he was slain by police in a shootout that lasted more than a half-hour.

A day after the assault, the motive was still a mystery. U.S. law enforcement officials told The Associated Press that investigators had found no manifesto or other writings suggesting a political or religious motivation.

Alexis, a former Navy reservist, had long been suffering from a host of serious mental problems, including paranoia and a sleep disorder, and had been hearing voices in his head, law enforcement officials told the Associated Press.

Alexis' mother said she is "so, so very sorry that this has happened."

Cathleen Alexis said Wednesday in New York City that she does not know why her son did what he did and she will never be able to ask him.

The mother read a statement at her home. She concluded, "My heart is broken."

The assault is raising more questions about the adequacy of the background checks done on contract employees who hold security clearances - an issue that came up recently with National Security Agency leaker Edward Snowden.

Navy Secretary Ray Mabus ordered two security reviews Tuesday of how well the Navy protects its bases and how accurately it screens its workers.

Mert Miller, associate director of Federal Investigative Services for the Office of Personnel Management, said in a statement that federal budget, personnel and intelligence officials were working to "review the oversight, nature and implementation of security and suitability standards for federal employees and contractors."

In the Rhode Island incident, Alexis told police he got into an argument with someone as he was getting on a flight from Virginia to Rhode Island, where he was working as a naval contractor, and he said the person sent three people to follow and harass him.

He said he heard voices talking to him through a wall while at one hotel, so he changed hotels twice, but the voices followed him, according to the report. He said he feared they might harm him.

He also "stated that the individuals are using 'some sort of microwave machine' to send vibrations through the ceiling, penetrating his body so he cannot fall asleep."

A spokeswoman for the naval station had no comment Tuesday.

Alexis came to the Washington area about two weeks later and had been staying at hotels. On Saturday, two days before the attack, he went to a Virginia gun store about 15 miles (24 kilometers) from the Navy Yard.

It is illegal for gun dealers to sell handguns to such out-of-state buyers, but the Firearms Owners' Protection Act, passed by Congress in 1986, opened up interstate sales for shotguns and rifles. Virginia gun laws require only that an out-of-state buyer show valid identification, pass a background check and otherwise abide by state laws in order to buy a shotgun in the state. Alexis was never prosecuted for two misdemeanor charges involving guns.

Federal gun laws bar the mentally ill from legally buying guns from licensed dealers. But the law requires that someone be involuntarily committed to a mental health facility or declared mentally ill by a judge, and that information must be reported to the FBI in order to appear on background checks. In the wake of the mass shooting at Virginia Tech in 2007, state authorities changed state laws to make it tougher for the mentally ill to buy guns there.

But Alexis was never declared mentally ill by a judge or committed to a hospital.

The FBI said during Monday's attack Alexis was armed with a shotgun. Officials said he also took a handgun from a law officer.

In addition to those killed at the Navy Yard attack, eight people were hurt, including three who were shot and wounded, authorities said. Those three were a police officer and two female civilians. They were all expected to survive.

Alexis had run-ins with the law in 2004 and 2010 in Texas and Seattle after he was accused of firing a gun in anger. He was not prosecuted in either case.

And his bouts of insubordination, disorderly conduct and being absent from work without authorization prompted the Navy to grant him an early - but honorable - discharge in 2011 after nearly four years as a full-time reservist, authorities said.

But he said the offenses weren't "grievously serious" and the punishments for them are fairly mild. Kirby said there was a proposal to "administratively separate him from the Navy," with less than an honorable discharge, but Alexis volunteered to leave early and received an honorable discharge.

Alexis joined the Florida-based IT consulting firm The Experts in September 2012, leaving a few months later to return to school. He came back in June to do part-time work at the Washington Navy Yard as a subcontractor, helping the military update computer systems.

The Experts' CEO, Thomas Hoshko, told The Associated Press that Alexis had "no personal issues," and he confirmed that Alexis had been granted a "secret" clearance by the Defense Security Service five years ago.

Among those killed in the Navy Yard shootings was marine engineer and naval architect Vishnu Pandit, 61, an immigrant from India.